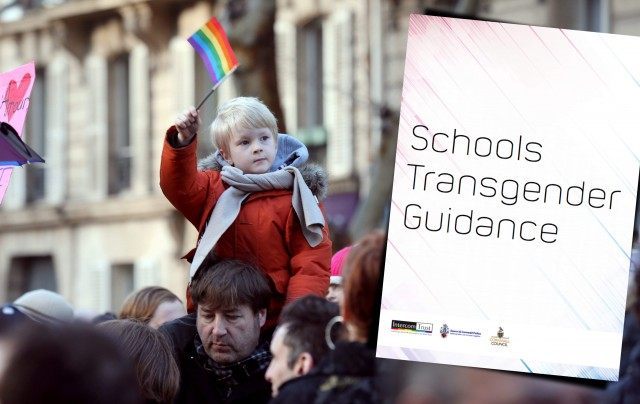 A Christian family is preparing to sue a school for allowing children to change their ‘gender identity’ on a daily basis, and for implying parents who oppose are bigoted and “transphobic”.

Much of the mainstream media has claimed the parents are opposed to boys wearing a dress. But their legal representatives have said clothing is “trivial” and the issue is about “ideology” and confusing very young children.

Nigel Rowe, 44, and his wife Sally, 42, removed their six-year-old son from an unnamed school after a classmate was declared “transgendered” and came to the school demanding to be recognised as female on some days.

The family now intends to educate the boy at home on the Isle of Wight alongside his eight-year-old brother, who was pulled out of the same school a year ago when a boy in his class also started claiming to be transgendered.

“We believe it is wrong to encourage very young children to embrace transgenderism, boys are boys and girls are girls. Gender dysphoria is something we as Christians need to address with love and compassion, but not in the sphere of a primary school environment.”

The couple’s lawyers are expected to argue the school is discriminating against them by implying their wish to bring up their sons as Christian is ‘transphobic’.

Andrea Williams, of the Christian Legal Centre, said: “Six-year-olds are far too young to consider issues as complex as gender and sexuality.”

However, the school has defended its behaviour by claiming pupils are protected under the Equalities Act of 2010 and stating: “The refusal to acknowledge a transgendered person’s true gender” was “transphobic behaviour”.

Back in 2015, Breitbart London exposed how police funding was being used in Cornwall to distribute pro-transgender ideology literature, targeting children as young as 4 years old, in primary schools, aiming to “support” transgenderism in schools at the “earliest stages”.

Similar documents were launched in Cornwall and Brighton and Hove in 2013, with the latter described as a “Trans Inclusion Schools Toolkit”.

Despite this evidence, in 2016 the government’s ‘Transgender Equality Inquiry’ called for all teachers and “all further education staff” to have “gender identity awareness training” and demanded that “trans issues” become “mandatory” on school curriculums.