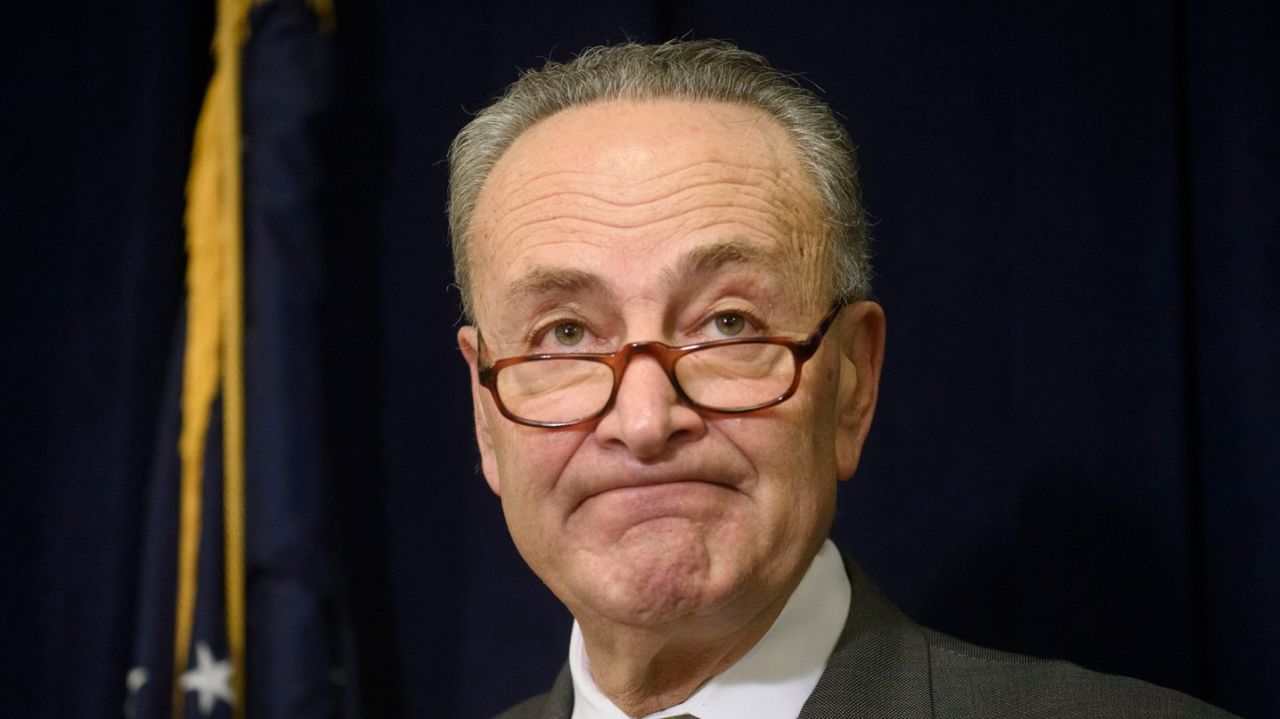 While Congress is wasting time trying to overhaul the failed Obamacare healthcare system, Senate Minority Leader Chuck Schumer is working hard to protect Americans from themselves, whether they want his help or not.

Schumer is harping on the U.S. Food and Drug Administration to launch investigations into fast food companies and the makers of a new snortable chocolate product because he’s worried Americans aren’t smart enough to assess health ricks without government intervention.

The Senate’s top Democrat fired off a letter to the FDA in July demanding an investigation into the “raw cacao snuff” Coco Loco, which is marketed by Legal Lean Co. as a legal “runners high” that “will make the music sound better and increase overall happiness.”

The coco powder is sold in an 1/8 ounce tin for $19.99 and is infused with “a special energy blend” that does all kinds of amazing things.

“A sudden rush of serotonin will produce an elevated mood and a state of euphoria similar to the feeling of ecstasy,” the website promises. “Raw cacao will give you a steady rush of euphoric energy and motivation that is great for party goers to dance the night away without a crash. It is even used by athletes to give them the natural competitive edge.”

The website also states plainly that the product is not recommended for children, could impair driving, is not intended to treat any disease, and has not been evaluated by the FDA.

The Denver Post notes Coco Loco is becoming popular in Houston and Atlanta, but Chuck Schumer is on a mission to kill the buzz.

“This product has no clear health value,” he wrote in a statement. “I can’t think of a single parent who thinks it is a good idea for their children to be snorting over-the-counter stimulants up their noses.”

The FDA told the Post officials are still evaluating whether it even has the authority to regulate the product.

“In reaching that decision, FDA will need to evaluate the product labeling, marketing information, and/or any other information pertaining to the product’s intended use,” FDA spokesman Peter Cassell wrote in an email.

“I write to urge the Food and Drug Administration (FDA) to take immediate action and investigate the use of caffeine in inhalable food products,” he wrote, according to The Huffington Post.

“For the past several years, the FDA has worked to better understand caffeine consumption and to determine safe levels for total consumption. Unfortunately, the significant threat associated with inhalable caffeine warrant expedited action.”

That was early June, and now there’s apparently another urgent health concern with the drink containers and other packaging materials used by fast food restaurants.

Those products allegedly contain phthalates that leach into food and make people sick, and the FDA needs to investigate the issue right away, Schumer wrote in a different letter to the FDA on Sunday.

“To think that we have all this data on phthalate chemicals from doctors, scientists, health experts and other industries just sitting around, frozen like a beef patty and begging for the FDA to take it to the next appropriate level of scrutiny is worrisome for the consumer,” Schumer said in a prepared statement. “The studies are clear: the link between these chemicals does have an impact on the body, and not a very good one. That is why I am asking the FDA to launch a formal investigation into the fast food products that wrap our burgers or subs, hold our drinks and contain our leftovers.”

Without the FDA’s expertise, millions of Americans who eat fast food a lot could face adverse health effects from the phthalates, he wrote, and it’s up to the government to save these people from themselves.

“Consumers are not giving these everyday packaging products a second thought,” Schumer added. “They assume they are safe – and they should be, especially when their reach extends to millions upon millions of Americans.

“So, the FDA must take my order for a fast food packaging investigation very seriously and take this long-sitting health data off the backburner. The agency must now take a closer look at these products for the sake of consumers and their everyday health.”