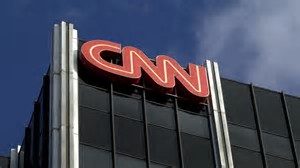 CNN has corrected a Tuesday report after the release of former FBI Director James Comey’s opening statement for his Thursday testimony in front of the Senate Intelligence Committee contradicted the reports’ sources.
The CNN report said Comey was expected to dispute President Trump’s claims that Comey said he was not under investigation on multiple occasions.

The report, titled “Comey expected to refute Trump,” was based on unnamed sources and said Comey’s conversations with the president “were much more nuanced,” and that Trump drew the wrong conclusion.

The story was complied by four CNN journalists, including Gloria Borger, Eric Lichtblau, Jake Tapper and Brian Rokus.
Borger reiterated the reports claims in an appearance on CNN Tuesday.

“Comey is going to dispute the president on this point if he’s asked about it by senators, and we have to assume that he will be,” said Borger, the network’s chief political analyst. “He will say he never assured Donald Trump that he was not under investigation, that that would have been improper for him to do so.”

“Prior to the January 6 meeting, I discussed with the FBI’s leadership team whether I should be prepared to assure President-Elect Trump that we were not investigating him personally,” wrote Comey. “That was true; we did not have an open counter-intelligence case on him. We agreed I should do so if circumstances warranted.”

“During our one-on-one meeting at Trump Tower, based on President Elect Trump’s reaction to the briefing and without him directly asking the question, I offered that assurance,” Comey added.

CNN published a correction to its story Wednesday afternoon with the revised headline: “Comey unlikely to judge on obstruction.”

“CORRECTION AND UPDATE: This article was published before Comey released his prepared opening statement,” it reads above the original Tuesday story. “The article and headline have been corrected to reflect that Comey does not directly dispute that Trump was told multiple times he was not under investigation in his prepared testimony released after this story was published.

ABC News published a report similar to CNN’s on Tuesday, but had not corrected it as of Thursday morning

(First reported by The Hill) http://thehill.com/blogs/blog-briefing-room/336871-cnn-issues-correction-after-comey-statement-contradicts-reporting