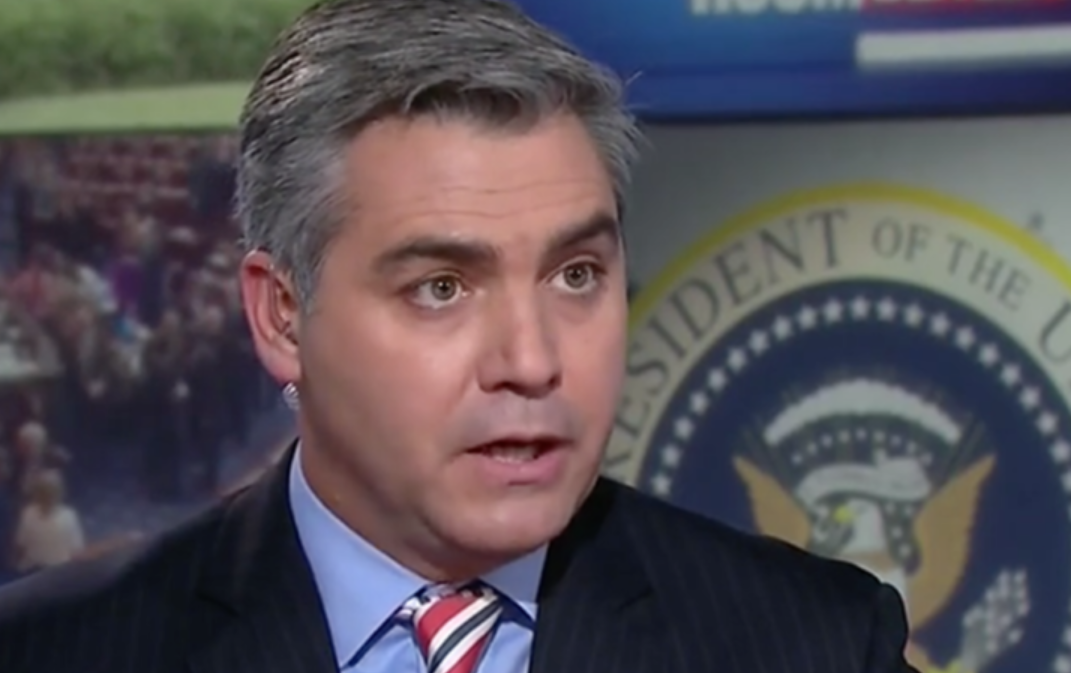 President Donald Trump yesterday signed a memorandum that could lead to a trade investigation of alleged Chinese theft of intellectual property. The President said:

We will safeguard the copyrights, patents, trademarks, trade secrets and other intellectual property that is so vital to our security and to our prosperity – This is just the beginning.”

After this historical event, the President rose to exit the room.  At that point CNN’s Jim Acosta began yelling at him from across the room.  Acosta yelled,

“Mr. President, can you explain why you did not condemn those haters by name over the weekend?”

(This was another CNN lie.  The President had condemned the evil individuals involved in the riots in Virginia in both a press announcement and in tweets.)

To this, Acosta replied,

“Can we ask you some more questions then sir?”

This time the President responded,

“It doesn’t bother me at all but you know I like real news and not fake news and you’re fake news.”

And then the President replied, “Thank you everybody.”

In response the buffoon Acosta yelled,

“Mr. President, haven’t you spread a lot of fake news yourself?”

CNN’s Acosta was so proud of himself after screaming at the President that he tweeted this out later in the day:

As the president was walking out, I responded that he has spread plenty of fake news himself.

This time Acosta was way out of line.  Never has a reporter been so brutally disrespectful to our American President.  Acosta’s actions are embarrassing, childish and way out of line.

In all the years, this moment shows CNN at its worst and it showed how far down CNN has gone.

This is not the first time Acosta interrupted the President at a press conference. In January Acosta was as loud and obnoxious as any reporter has ever been at a news conference.

Again in February Acosta was in the White House and rude in his questioning of the President.

If CNN has any degree of respect and civility they will remove Acosta from the White House.  He should not be allowed on White House premises.  If CNN does not remove Acosta then it is clear once and for all that they really are REAL FAKE NEWS.