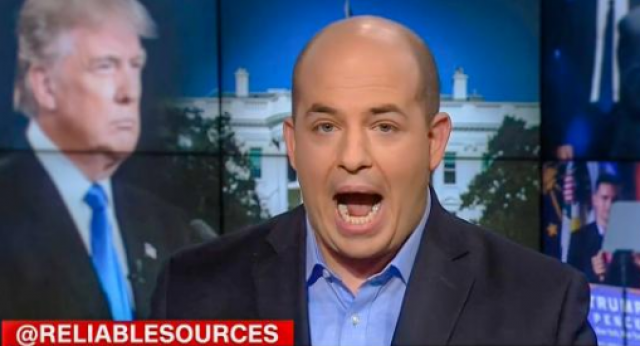 CNN isn’t letting a media-driven story go away, simply because of a doctor’s qualified opinion.

“Reliable Sources” host Brian Stelter, who dismissed legitimate questions about Hillary Clinton’s health status, only to push them about Trump’s, is now dissatisfied with Dr. Ronny Jackson’s response to a question about the president’s “mental fitness.”

Jackson told reporters a mental exam is not called for at Trump’s age, but that the president requested it and the doctor obliged.

In his answer, Jackson emphasized he sees the president often multiple times a day, so he is able to observe his behavior.

He said he picked a longer test and that Trump did “exceedingly well.”

That good news wasn’t good enough for Stelter, who took to Twitter to gripe.

Here's how the next few hours will go. Trump supporters will say "Concerns about Trump's mental health were always absurd. Case closed now." The obvious response: "The Q's about fitness for office are serious. Someone could be sharp as a tack, but still unfit"