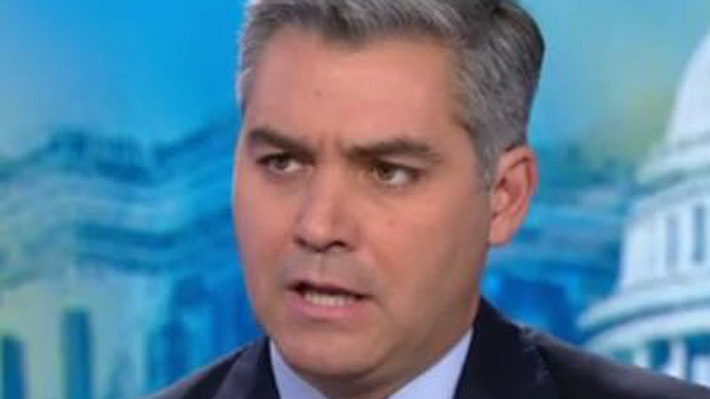 CNN’s Jim Acosta accused President Donald Trump of “fake news” on Thursday for claiming that “three of four” intelligence agencies had identified Russia as the culprit in hacking during the 2016 presidential election — but the president was right, and Acosta was wrong.

Last week, the New York Times was forced to issue a correction, admitting that “17 intelligence agencies” had not, in fact, accused Russia, as Hillary Clinton had once claimed.

But Acosta, who is CNN’s Senior White House Correspondent, appears not to have read the Times.

“The other thing that was ‘fake news’ coming from President Trump is when he said, well, I keep hearing it’s 17 intelligence agencies that say Russia meddled in the election, I think it’s only three or four,” Acosta said. “Where does that number come from? Where does this ‘three or four’ number come from? My suspicion … is that if we go to the administration and ask them for this question, I’m not so sure we’re going to get an answer.”

Acosta also drew ridicule on Twitter on Thursday morning for complaining that President Trump only called on one reporter in his press conference in Poland, and that the reporter — Daily Mail U.S. political editor David Martosko — was allegedly “an ally of the White House.” Martosko, whose political views could be described as center-right, briefly considered working for the administration, but was respected by all news outlets — including CNN — as the informal leader of the traveling press corps covering candidate Trump on the 2016 presidential campaign trail.

Donald Trump, Jr. responded: “So by that logic, was every news conference for the last 8 years #fakenews Jim?”