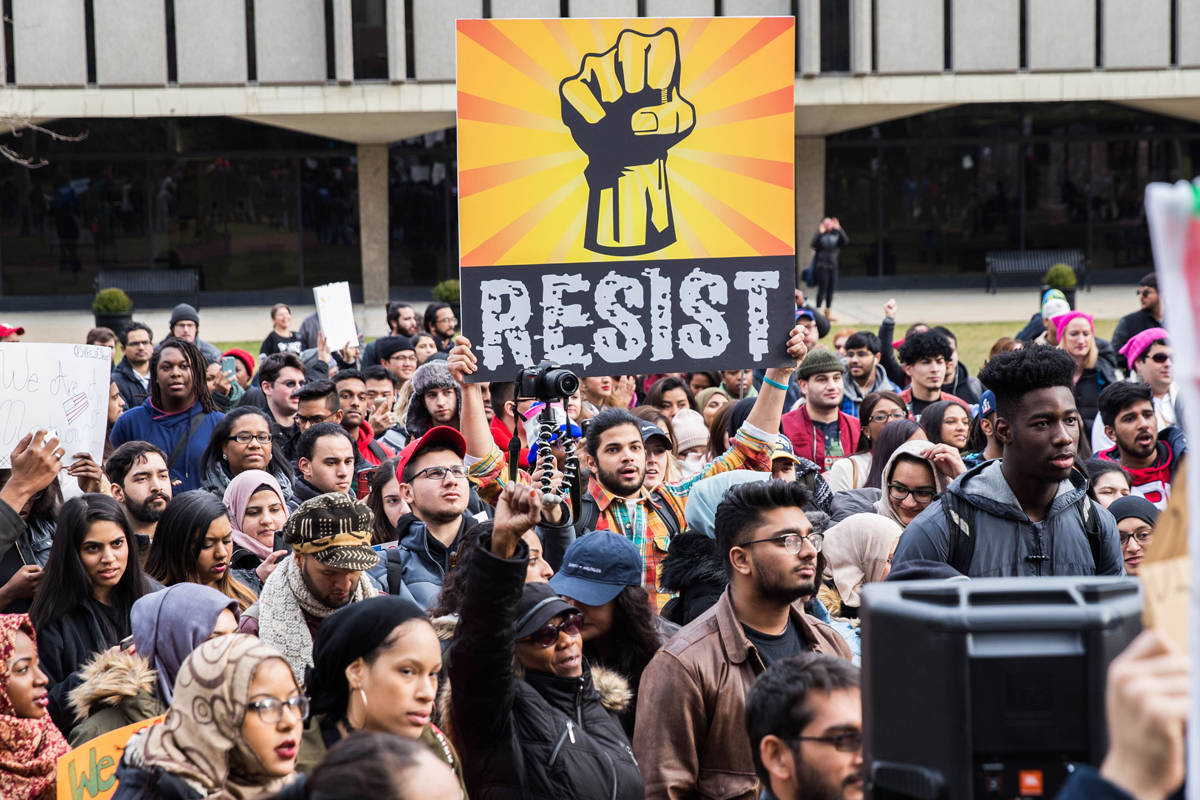 Is there no limit to the level of disgusting behavior on college campuses that parents, taxpayers, donors, and legislators will accept?

Colleges have become islands of intolerance, and as with fish, the rot begins at the head.

Let’s examine some recent episodes representative of a general trend and ask ourselves why we should tolerate it, plus pay for it.

Students at Evergreen State College harassed biology professor Bret Weinstein because he refused to leave campus, challenging the school’s decision to ask white people to leave campus for a day of diversity programming.

The profanity-laced threats against the faculty and president can be seen on a YouTube video titled “Student takeover of Evergreen State College.”

What about administrators permitting students to conduct racially segregated graduation ceremonies, which many colleges have done, including Ivy League ones such as Columbia and Harvard universities?

Permitting racially segregated graduation ceremonies makes a mockery of the idols of diversity, multiculturalism, and inclusion, which so many college administrators worship. Or is tribalism part and parcel of diversity?

In the wake of the Alexandria, Virginia, shooting at a congressional baseball practice, Williams tweeted, “It is past time for the racially oppressed to do what people who believe themselves to be ‘white’ will not do, put [an] end to the vectors of their destructive mythology of whiteness and their white supremacy system. #LetThemF—ingDie”

June Chu, dean of Pierson College at Yale University, recently resigned after having been placed on leave because of offensive Yelp reviews she had posted.

One of her reviews described customers at a local restaurant as “white trash” and “low class folk;” another review praised a movie theater for its lack of “sketchy crowds.”

In another review of a movie theater, she complained about the “barely educated morons trying to manage snack orders for the obese.”

Harvey Mansfield, a distinguished Harvard University professor who has taught at the school for 55 years, is not hopeful about the future of American universities.

In a College Fix interview, Mansfield said, “No, I’m not very optimistic about the future of higher education, at least in the form it is now with universities under the control of politically correct faculties and administrators.”

Once America’s pride, universities, he says, are no longer a marketplace of ideas or bastions of free speech. Universities have become “bubbles of decadent liberalism” that teach students to look for offense when first examining an idea.

Who is to blame for the decline of American universities?

Mansfield argues that it is a combination of administrators, students, and faculties. He puts most of the blame on faculty members, some of whom are cowed by deans and presidents who don’t want their professors to make trouble.

I agree with Mansfield’s assessment in part. Many university faculty members are hostile to free speech and open questioning of ideas. A large portion of today’s faculty and administrators were once the hippies of the 1960s, and many have contempt for the U.S. Constitution and the values of personal liberty.

The primary blame for the incivility and downright stupidity we see on university campuses lies with the universities’ trustees. Every board of trustees has fiduciary responsibility for the governance of a university, shaping its broad policies.

Unfortunately, most trustees are wealthy businessmen who are busy and aren’t interested in spending time on university matters. They become trustees for the prestige it brings, and as such, they are little more than yes men for the university president and provost.

If trustees want better knowledge about university goings-on, they should hire a campus ombudsman who is independent of the administration and accountable only to the board of trustees.

The university malaise reflects a larger societal problem. Mansfield says culture used to mean refinement. Today, he says, it “just means the way a society happens to think, and there’s no value judgment in it any longer.”

For many of today’s Americans, one cultural value is just as good as another.