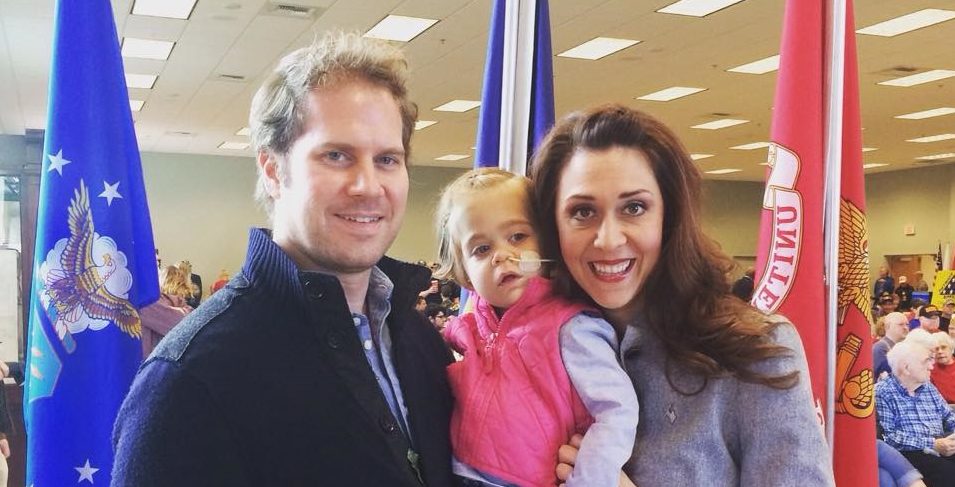 Rep. Jaime Herrera Beutler (R-WA) gave a very personal and moving testimony Tuesday in support of her amendment, which ultimately passed, to grant 11-month-old Charlie Gard permanent residency in the United States so that he could come for an experimental treatment for his rare genetic condition. Beutler was once in an extremely similar situation with her own daughter.

Her daughter Abigail was diagnosed in the womb with the rare genetic condition, Potter’s Syndrome, a fatal diagnosis meaning that the baby had no kidneys. Rejecting the advice of doctors to get an abortion, Beutler received the experimental treatment of saline injections during her pregnancy as a substitute for the amniotic fluid absent due to the unborn baby’s missing kidneys.

Abigail is the first baby to survive birth without kidneys and her story has helped other babies who survived due to that same treatment. She later received a kidney transplant from her father, Daniel Beutler.

Charlie Gard’s parents are currently in a court battle to let him access an experimental treatment as the Great Ormond Street Hospital in London where he is being held would like to remove his life support and believe the treatment would only prolong his suffering.

Beutler called her amendment “an opportunity for us to stand with a family who are right now fighting for their son’s life.”

“The reason I’m moving this amendment,” she emphasized, “is because I strongly believe having faced circumstances, similar circumstances, that parents have the most at stake when it comes to standing up for their children.”

A happy, healthy Abigail joined her mother during votes Wednesday who tweeted that voting “got a little more fun with the addition of my helper.”

Voting on amendments in @HouseAppropsGOP got a little more fun with the addition of my helper. Photo cred: @AP pic.twitter.com/hUHEK0mUZ7

Beulter acknowledged that there are “amazing programs and even governments that care about young people” but added “the people that most, I believe, know or are going to err on the right side of the best interests of their child is the parent and what I’m referring to is 11-month-old Charlie Gard’s quest and his family’s quest to fight a disease.”