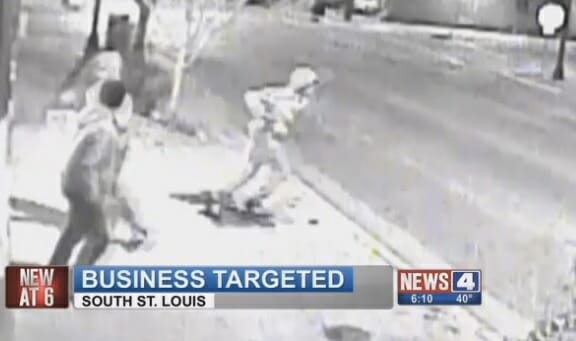 A St. Louis antique shop is being threatened and harassed after hanging a flag in support of the police in the shop window.

“It’s a threat.” #STL store owner at Elder’s Antiques received this message on her storefront window after placing a thin blue line flag at her store offering support to police. The symbol on corner & MLM appear to be references to communist beliefs. Full story @10 on @Kmov. pic.twitter.com/QgRLlfiz0O

Leftists have been harassing her customers and left a threatening note on the store window this weekend.

Black youths broke the window of a neighboring store on antique row earlier this month for hanging a similar flag.

A Cherokee Antique Row business owner says she and others in the area are being harassed for displaying flags supporting police on their storefronts.