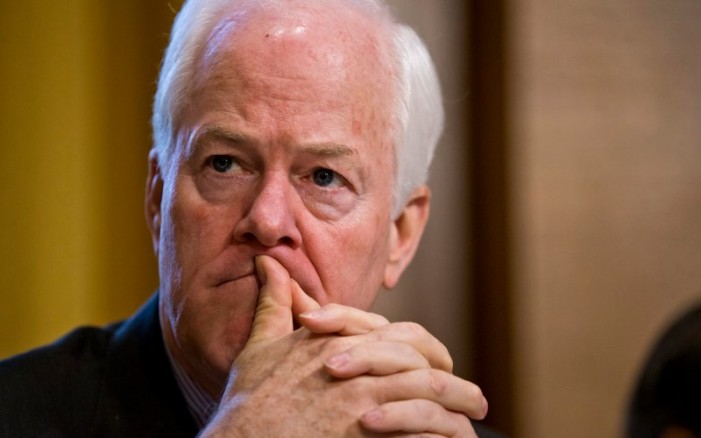 The media is lasering in on this exchange Sen. John Cornyn (R-TX) had with “Meet the Press” host Chuck Todd over the weekend, where he suggested the GOP-led Better Care Reconciliation Act is in jeopardy if they can’t get Democrats to cooperate.

You can imagine what conservatives will say: Why do we need Democratic support when they forced Obamacare through without one Republican vote?

The GOP has also been criticized for working on their health care bill behind closed doors. Yet, again, must we remind everyone how Democrats passed Obamacare before they “found out what was in it?”

Unfortunately, it’s not only Democrats the GOP leadership has to worry about. They already have their hands full with Republican senators who are still waffling on the bill – for very different reasons. Sen. Rand Paul (R-KY) thinks the BCRA is too Obamacare familiar, retaining many of the latter bill’s taxes and regulations.

“The Republicans don’t fix the death spiral of Obamacare, they subsidize it,” Paul said. “I can’t vote for something that doesn’t repeal Obamacare.”

As for moderates like Sen. Susan Collins (R-ME), they worry about BCRA’s cuts to Medicaid. Those cuts, she argues, would hurt America’s “most vulnerable.”

While the Senate was expected to vote on BCRA this week, it has been delayed due to Sen. John McCain’s (R-AZ) recent surgery to remove a blood clot from his eye.