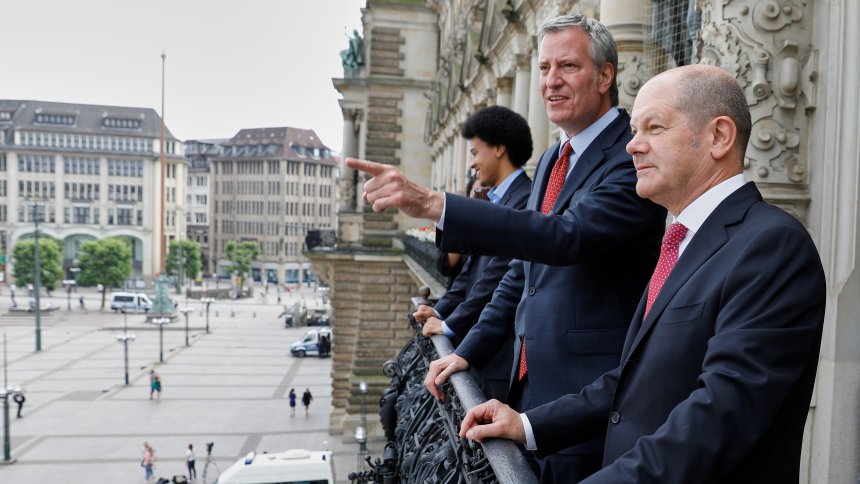 New York City Mayor Bill de Blasio made a last-minute decision Thursday to head to Germany to protest the G20 summit.
While in Hamburg, the mayor will deliver the keynote address at a protest event called “Hamburg Zeigt Haltung,” or Hamburg Shows Attitude.

“All stand for an attitude that we find unacceptable and do not want to accept,” Lutheran Bishop Kirsten Fehrs has said. (New York Post)

De Blasio’s decision to leave the city just one day after an NYPD officer was assassinated in her police vehicle was criticized by his Republican mayoral opponent, Assemblywoman Nicole Malliotakis.

“Unbelievable. Instead of jet-setting around the world, he should be here doing his job,” said Malliotakis, who called his decision a “slap in the face of New Yorkers who deserve a mayor who works for them.”

“A member of the NYPD was murdered, a homeless crisis continues to worsen and our subway system seems to be on the verge of collapse and Mayor de Blasio has been criss-crossing the country pushing his national agenda, and now this,” she added. “Taxpayers deserve to know how much this is costing them and why the mayor refuses to do his job.”

De Blasio’s trip is being paid for by the event’s organizers, according to mayoral spokesman Eric Phillips.