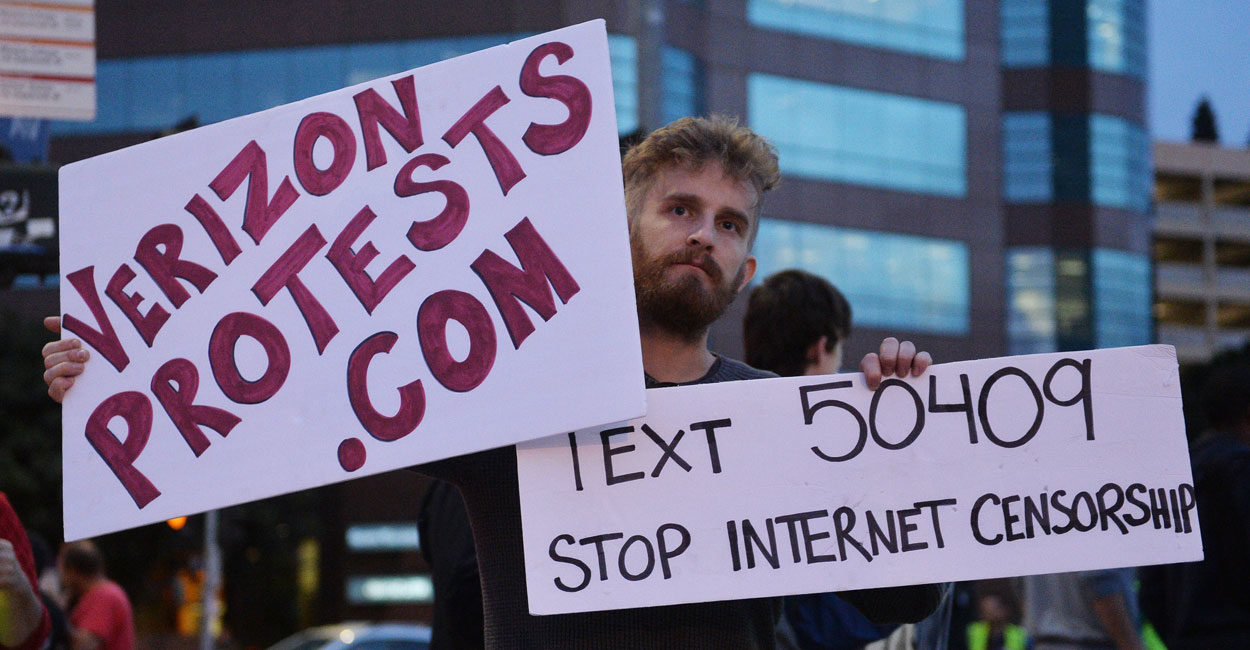 The end of the world is nigh.

That at least is the message being spread by last-ditch defenders of the Obama-era “network neutrality” rules, which Federal Communications Commission Chairman Ajit Pai has scheduled for elimination later this month.

The imminent repeal of these rules has sent red tape supporters into rhetorical overdrive. The internet as we know it is threatened, they say, as is democracy itself, with the digital world descending into a nasty, brutish, and unregulated existence.

Don’t believe it. Imposed in 2015 by the Obama-era FCC, these rules richly deserve to be tossed.

Based on public utility-style regulatory schemes from the days of Ma Bell’s monopoly, net neutrality prohibits internet service providers (such as Verizon and Comcast) from offering differentiated service to content providers (such as Google and Facebook) using their networks.

This sounds fair enough, until you look at what such government-enforced equality means in real life.

First, discounted and premium service offerings—essential elements of just about every functioning market in the U.S. economy—are banned. Imagine a law that says you have to pay sticker price for a new car, and you’ll get the idea.

But wait, there’s more. The internet is a complex place, and that is reflected in the rules.

Network efforts to provide security or intellectual property are OK if “reasonable.” Network-to-network traffic is not covered, nor is cable television programming.

A “general conduct” provision bans other disfavored activity not explicitly listed, on a case-by-case basis. No definition is provided, and everything from caps on the data you use to free content on your cellphone have been suggested as practices to ban. All you have to do is ask the FCC for permission in advance.

The commission could not have found a surer way to discourage innovation if it tried.

Investment in broadband—which had been the largest of any industry—has also taken a beating, going down for the first time ever in a non-recession year.

But what of the dire warnings of the supporters of net neutrality? Without neutrality regulation, big internet service providers will increase costs and drive little firms out of the market, the rule’s defenders say.

Similarly, supporters argue that big firms could use their market power to stifle political views with which they disagree.

But there is no evidence such anti-competitive behavior ever took place before the present rules were adopted in 2015. Moreover, the largest (and presumably most dangerous) firms in the world, including Google and Facebook, are leading advocates of neutrality regulations.

The proponents of regulation, in fact, have the effects of enforced neutrality exactly backward. Rather than driving new small players out of the market, differentiated service gives these small players a means by which to compete with their larger rivals.

The best way to compete is to offer something your competitor does not. Premium services or low-cost services can provide that edge. A website might optimize its business with premium broadband connections, or cut its costs with bare bones internet service. But the FCC neutrality rules take away that possibility, further entrenching big content providers in place.

Lastly, it should be noted that elimination of neutrality rules will not leave the broadband marketplace unregulated. Rather, the marketplace for broadband will be regulated by the same rules that apply to most other parts of the economy: antitrust. The antitrust laws, while not perfect, can provide an important backstop should any anti-competitive practices take hold.

Americans should ignore the Chicken Little squawking of neutrality supporters. The real threat to the internet comes not from too little government interference in its management, but from too much.

(First reported by James Gattuso and published by the The Daily Signal) http://dailysignal.com/2017/11/30/debunking-lefts-myths-net-neutrality/   (December 1, 2017)