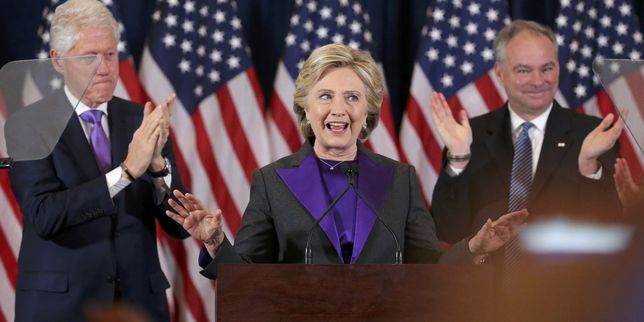 Hillary Clinton and her staff still have top security clearance and could access “sensitive government information,” months after she lost the presidential election and months into the President Donald Trump presidency.

In the same report, Fox News said that this is the case even as the State Department has “opened a formal inquiry into whether former Secretary of State Hillary Clinton and her aides mishandled classified information while she was the nation’s top diplomat.”

“Despite being under investigation, Clinton and her staffers still have security clearances to access sensitive government information,” Fox News reported.

Fox News said Sen. Chuck Grassley (R-IA), chairman of the Senate Judiciary Committee, confirmed the renewed investigation, but the State Department would not comment on it when asked by Breitbart News.

”Due to privacy considerations, the Department cannot provide any information regarding any current or former employees’ security clearance or access to classified information,” a State Department spokesperson told Breitbart News.

The department’s investigation aims to determine whether Clinton and her closest aides violated government protocols by using her private server to receive, hold and transmit classified and top-secret government documents. The department declined to say when its inquiry began, but it follows the conclusion of the FBI’s probe into the matter, which did not result in any actions being taken against Clinton or any of her aides.

The results of this most current investigation “could” lead to Clinton and staffers losing their security clearance, according to Fox News.

Grassley’s committee has been investigating Clinton’s handling of emails since March, following Comey’s statement last summer that Clinton had been “extremely careless in their handling of very sensitive, highly classified information.”

According to Fox News:

In addition, the server also contained 22 top-secret emails deemed too damaging to national security to be released.

But Judical Watch’s Chris Farrell, a conservative Washington-based government watchdog group, told Fox News that Clinton and her staff should not have access to any classified information for any reason.

“Their conduct has cost them that privileged position of special trust and confidence,” Farrell said, adding that to Clinton “laws are for the little people.”