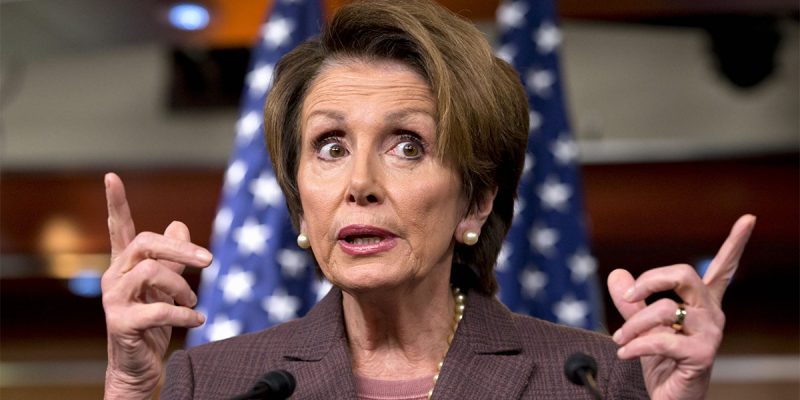 House Minority Leader Nancy Pelosi is losing the confidence of her party. Democrats from across the country won’t say if Pelosi can lead the party to victory in the 2018 midterms. Rumblings inside the Caucus say her days might be numbered as the Democrats’ House Leader. In an interview with BuzzFeed, Rep. Filemon (D-CA) blasted Pelosi, admitting there is “no way in hell” his party wins in 2018 with the California lawmaker as House Minority Leader.

Democratic Rep. Filemon Vela (Texas) called House Minority Leader Nancy Pelosi (D., Calif.) an “obvious obstacle” to Democrats taking back a majority in the chamber, saying there was “no way in hell” they can do it with her in leadership.

In an interview with BuzzFeed, Vela, whose south Texas district is safely Democratic, said Pelosi was a clear “drag” on candidates in swing districts. Democrats are hoping to win back a majority in the House in 2018 for the first time since losing it to the GOP in 2010.

Historically, the party out of the White House does well in midterms.

“When we go to 2018, if we’re going to win the majority, Democrats have to win swing districts, which means winning independent voters, swing voters, and even Republican moderates,” Vela said. “The problem is that in that demographic … it is real clear that the drag on our candidates is Nancy Pelosi.”

“If you have an obvious obstacle, why not remove it?” he added.

It’s not a new criticism from him.

House Minority Leader Nancy Pelosi (D-CA) recently appeared on CBS, blaming Democrat members for not having a message. Of course she bragged about becoming Speaker of the House in her glory days, then put the blame on other Democrats for losing so many seats.

Clearly, Nancy Pelosi knows nothing about leadership since she can’t take responsibility for her party’s demise. No wonder why Democrats are circling the wagons.

When confronted with the fact that the Democrats are losing special elections because they have no message, Nancy Pelosi responded by saying she likes to win, then blamed the Democrat members.

“Pelosi: “The fact is this, I led in ’05 and ’06 to take us to the majority, became Speaker of the House. President Obama became President, he was our spokesperson for 8 years. We just lost the election, we could write up a message, but fact is we need our members to write the message. They know full well that is something we are working with the Senate to go forward.”

Delusional Pelosi just can let go of the glory days when the Democrats had control. Someone needs to tell Pelosi that in the political sphere, it’s ‘what have you done for me lately’, not ‘look what I did over a decade ago’….or not, because we are not tired of winning.