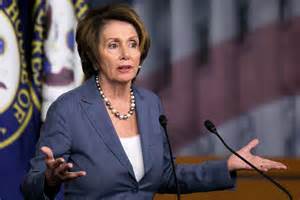 House Minority Leader Nancy Pelosi (D-CA) is facing unprecedented pressure, as frustrated Democrats have begun — for the first time in seven years — to talk about replacing her after a series of disappointments at the ballot box.

Pelosi was hailed as a driving force behind Democrats’ victory in 2006, when the party seized both houses of Congress and set the stage for victory in the 2008 presidential election. She became the first female Speaker of the House, and set about centralizing power in the Speaker’s office, ruling her caucus with unquestioned authority and promoting an unapologetically liberal agenda.

However, Pelosi’s role in the Obamacare debacle of 2009-10 helped provoke the Tea Party wave, sending her party to historic defeat and costing her the Speaker’s gavel. Amazingly, Pelosi did not resign at that point, and dispatched several would-be challengers, most notably Rep. Heath Shuler (D-NC), who later lost his seat to a Republican. She also fended off a challenge by Rep. Tim Ryan (D-OH) after 2016. Pelosi has been a prolific fundraiser for the party, even if she has also become a lightning rod for criticism and a useful political foil for Republicans to run against.

Ironically, Pelosi’s power within her caucus only grew as the Democrats lost seats, because most of the losses were in conservative swing districts. That left a core of liberal representatives from major cities, and blue states such as New York, Illinois, and Pelosi’s home state of California. There has been no political constituency in the caucus for an ideological alternative to the left-wing agenda that Pelosi and her coterie have continued to push even in defeat.

The high expectations that Pelosi set for Tuesday’s special election in Georgia may prove to be her undoing. Early in the week, with Jon Ossoff expected to win, Pelosi let it be known that she expected to take back the Speaker’s gavel after 2018. But Republican Karen Handel surged to victory, partly by tying her opponent to Pelosi.

As reality hit home, some Democrats began to break the taboo around challenging their leader. MSNBC analyst Matthew A. Miller tweeted: “No Dem wants to say it publicly, but taking their top bogeyman Pelosi off the table would help too. Fair or not, it’s the truth.”

Now, other critics are beginning to emerge.

“It’s time for some change. I think it’s time for a new generation of leadership,” said Rep. Seth Moulton (D-MA). And Rep Filemon Vela (D-TX) told Politico: “I think you’d have to be an idiot to think we could win the House with Pelosi at the top … Nancy Pelosi is not the only reason that Ossoff lost. But she certainly is one of the reasons.”

But Pelosi also has her defenders — and she will not go easily.