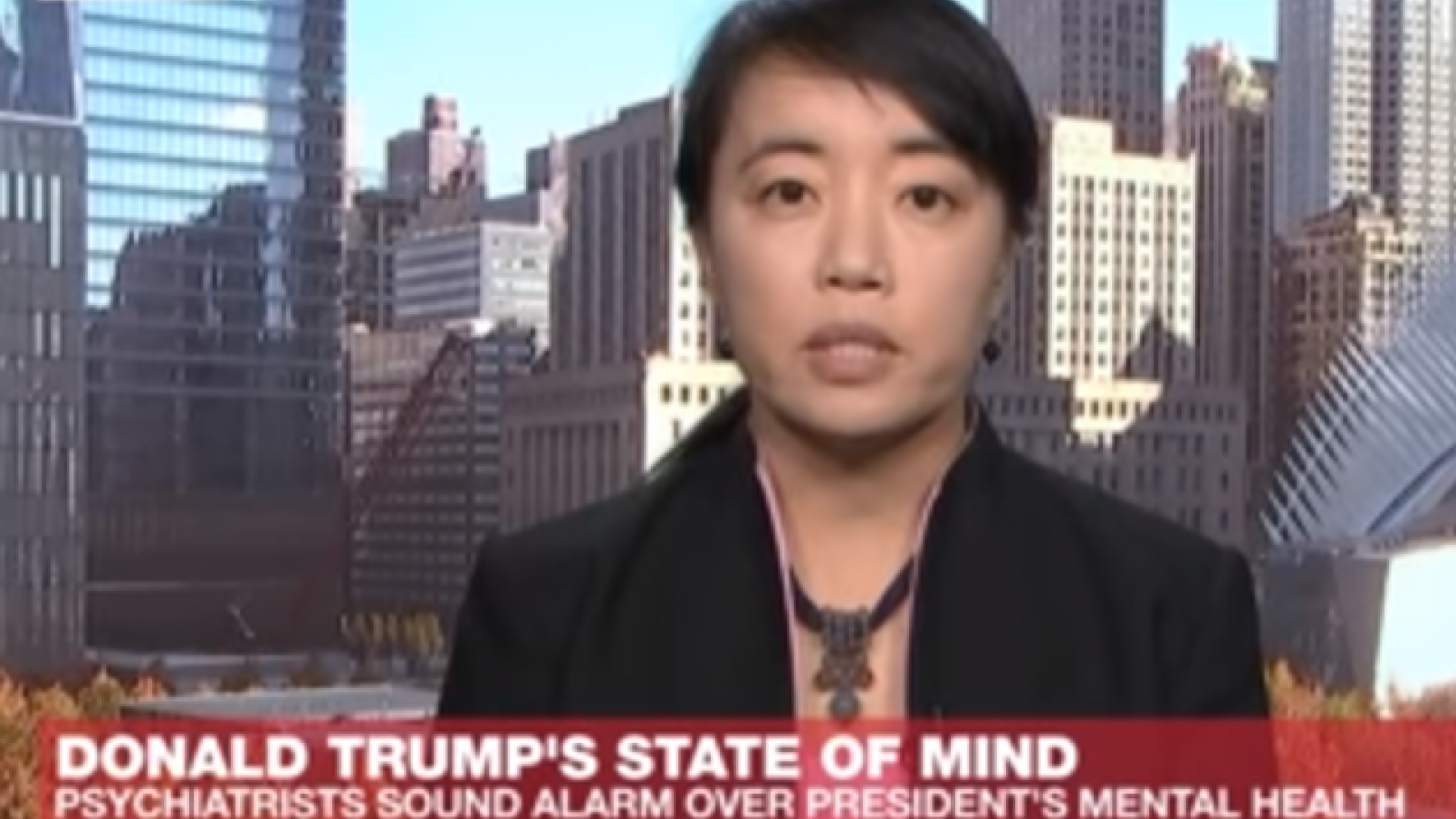 Psychiatrists who accuse someone of being mentally ill without meeting with them are in violation of the ethical rules of their own profession. And they’re also demonstrating their own incompetence.

But that hasn’t stopped some lefty shrinks from doing it anyway.

Some 125 psychologists and other mental health professionals marched along lower Broadway Saturday to demand that President Trump be thrown out of office, based on a constitutional clause allowing presidents to be ousted when their cabinets decide they are ” unable to discharge the powers and duties” of their job.

The marchers, dressed in black and wearing red plastic strips around their necks reading “Danger,’’ were led by psychologist Peter Fraenkel of City College, who carried a drum and beat out a funereal rhythm.

I’m not a psychiatrist, so I can ethically say that these people don’t seem very sane. But Trump Derangement Syndrome among the Dems and their media allies led to this bizarre “briefing”.

Dr. Bandy X. Lee reportedly met with the group of lawmakers on Dec. 5 and Dec. 6 and warned them the president is “going to unravel.” All of the lawmakers in attendance were Democrats, except for one Republican senator.

“We feel that the rush of tweeting is an indication of his falling apart under stress. Trump is going to get worse and will become uncontainable with the pressures of the presidency,” Lee told Politico

So Bandy X Lee is diagnosing President Trump over Twitter. And doing so based on his rate of tweets.

Do I even need to insert a joke here? We’ve got a psychiatric Twitter expert claiming that the President of the United States is crazy based on how often he tweets. If this were any more unserious, Bandy would show up in a clown suit.

This is, entirely predictably, outside her specialty. She’s a left-wing activist who focuses on prisons. Her original degree was a M.Div. or Master of Divinity.

Dr. Bandy Lee is an internationally recognized expert on violence.  Trained in medicine and psychiatry at Yale and Harvard Universities, and in medical anthropology as a fellow of the National Institute of Mental Health, she is currently on the faculty of Yale School of Medicine’s Law and Psychiatry Division.  She served as Director of Research for the Center for the Study of Violence (Harvard, U. Penn., N.Y.U., and Yale), co-founded Yale’s Violence and Health Study Group (MacMillan Center for International Studies), and leads a project group for the World Health Organization’s Violence Prevention Alliance.

In other words, her area of specialty has nothing to do with diagnosing individual mental illness over Twitter. It’s social activism.

Why do lefties hate science and professional ethics?