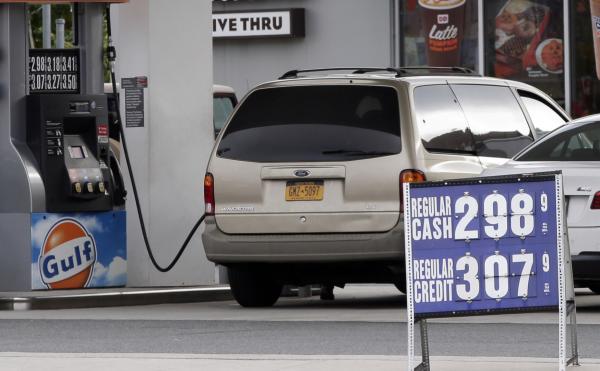 Sept. 12 (UPI) — While regional volatility is extreme, gas prices at the national level are more or less steady despite the impact of severe U.S. weather, market analysis found.

Motor club AAA reports a national average retail price for a gallon of regular unleaded gasoline at $2.66 for Tuesday, a fraction of a percent lower than Monday, but about 2 cents higher than last week. All things considered, AAA said it appears the market situation is leveling out as the U.S energy sector adjusts to the impacts from Hurricanes Harvey and Irma.

Harvey made landfall in southern Texas in late August and idled parts of the U.S. energy sector for weeks. Some refineries in the area are still out of service and it could take several weeks for sector activity to return to normal. With no refineries of its own, Florida gas stations ran dry before Irma hit its southern coast earlier this week.

“There is not a gasoline shortage in the United States, but instead localized challenges — power outages, impassable roads, debris — in Florida keeping gasoline supplies from where they are needed most,” AAA spokesperson Jeanette Casselano said in a statement. “Total U.S. gasoline stocks sit above the five-year average.”

According to the latest estimate emailed to UPI from the price monitors at GasBuddy.com, Gainseville, Fla., tops the state with the most retail service station outages at about 65 percent. The state average price for gasoline for Tuesday is $2.71 per gallon. Most of the ports in the region remain closed, curbing fuel options, though the U.S. government waived some restrictions in order to get foreign-flagged vessels in to help offset the market strains.

Most markets have been relatively steady since Harvey made landfall, though the Great Lakes region, usually the most volatile, has seen wide swings in retail gasoline prices. AAA shows Indiana reported a spike of 7 cents per gallon over the last week, while neighboring Ohio saw prices decline 6 cents per gallon from last week.

The U.S. Energy Information Administration said last month it expected the annual average price for gas will be around $2.33 per gallon. EIA updates its forecast later on Tuesday.