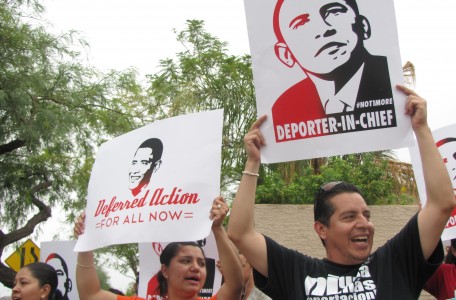 Despite the media hysteria over President Trump’s crackdown on illegal immigrants since taking office, data from the U.S. Department of Homeland Security shows the actual number deportations lag far behind Obama era figures.

Data shows U.S. Immigration and Customs Enforcement removed fewer illegal immigrants in fiscal year 2017 than during any of the previous 13 years – which stretches through Obama’s entire presidency and into the last five years of the George W. Bush administration..