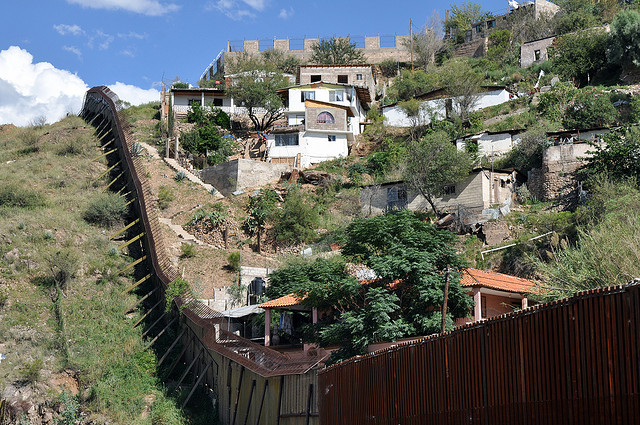 In an op-ed for USA Today, Department of Homeland Security (DHS) Acting Secretary Elaine Duke said that despite pushback from the political establishment, the state of Arizona proves “border walls work.”

Duke became Acting Secretary of DHS after Gen. John Kelly was reassigned the title of President Trump’s Chief of Staff. Just before Trump spoke in Phoenix, Arizona, about immigration, Duke penned the op-ed, where she touted the ‘Secure Fence Act of 2006.’ In that legislation, Arizona’s Yuma Sector was one of the first border regions to see new infrastructure:

We built new infrastructure along the border east and west of the San Luis Arizona Port of Entry in 2006. The existing fence was quickly lengthened, and we added second and third layers to that fencing in urban areas. Lighting, roads and increased surveillance were added to aid agents patrolling the border.

Although there is still work to do, the border in Yuma sector today is more secure because of this investment. Even under lax enforcement standards, apprehensions in fiscal year 2016 were roughly a 10th of what they were in FY 2005 — and are on track to be even lower this year. Crime has significantly decreased in the Yuma area, and smugglers now look for other less difficult areas of the border to cross — often areas without fencing.

Duke, though, did not just comment on the effectiveness of a border wall, but also noted extensively how “open borders policies” have been a detriment to American communities that have been torn apart by a never-ending flow of gang warfare, drugs and sex crimes:

Aware of these lax enforcement policies, tens of thousands of aliens attempted to the cross the border illegally every month. Last October alone, more than 66,000 people were apprehended after entering illegally — and that 66,000 is just the number of individuals we actually found; it does not include those who evaded detection.

The culture of pardons, permisos and lax enforcement also encouraged dangerous behavior by individuals looking to come to the United States. It meant that parents were willing to risk subjecting their children to sexual abuse and neglect at the hands of smugglers (also known as coyotes). It meant that — in a single year — hundreds of thousands risked their lives. In FY 2016, Customs and Border Protection saved nearly 4,000 near-death individuals who found themselves lost in the desert. This is in addition to the tremendous number of immigrants who are robbed, raped and brutalized along the human smugglers’ dark networks.

Under Trump, Duke says the days of open borders policies are over, citing the need to move forward with a border wall, as it has proved effective in Arizona. Duke also pleaded with Republicans and Democrats to fund Trump’s border wall.

“Lawmakers on both sides of the aisle should come together like they did 10 years ago and give the men and women of DHS the resources we need to defend our homeland,” Duke said. “This starts with fully funding the construction of a wall along our Southern border.”