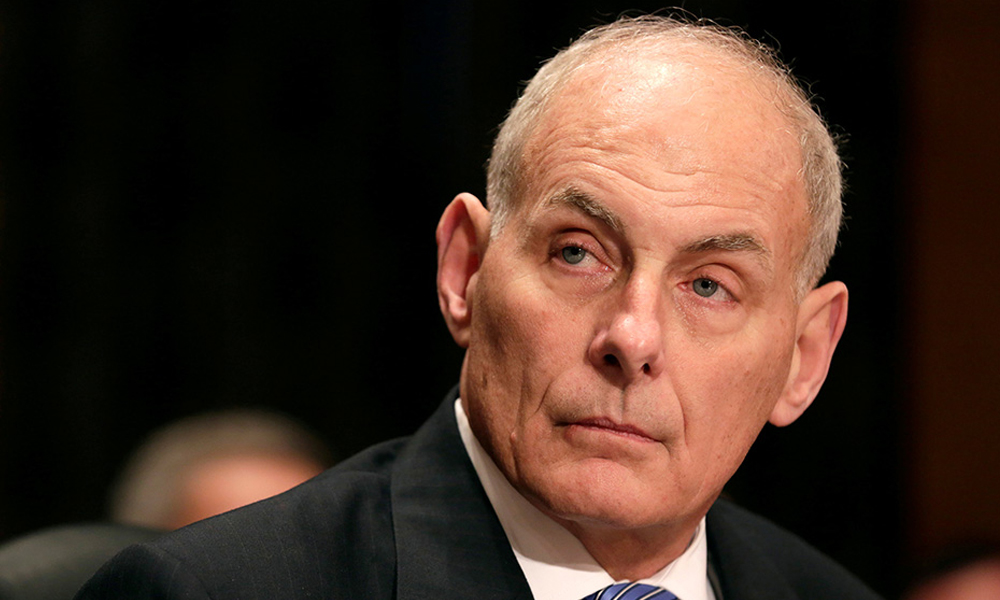 Administration officials have eliminated 2016 plans to fund Islamic groups allied to former President Barack Obama, and declined to schedule a 2017 Islamic ‘Iftar’ dinner where those groups were able to show their political influence to the ambassadors of wealthy Islamic countries.

The turnaround was made public on Friday when the Department of Homeland Security announced a revised list of the organizations which are getting DHS funds to help revent young Muslims from becoming jihadis. The new list replaced an Obama list announced January 13, 2017, and it dropped a $800,000 grant for an Islamic seminary in Los Angeles, and a $393,000 grant for a linked organization, the Muslim Public Affairs Council Foundation.

The foundation is a spin-off of the D.C.-based Muslim Public Affairs Council, whose leaders were frequent advisors to Obama and his deputies, where they lobbied for a national strategy of letting semi-segregated Islamic political communities and groups — but not the FBI — play the leading role in combating Islamic terrorism.

Kelly explained his new pro-integration strategy in a June 22 event held in Congress, where he acknowledged that Islamic terrorists are acting for sincere religious reasons, saying:

They are out there doing what they think is their religion and think [it is] what they are supposed to be doing … What I’ve elected to do is take what little money I have in this regard and give it to what I consider to be the time-proven things — law enforcement from an outreach point of view and communities developing relationships … so that there’s an open line of communication so they know if they see this [advocacy or preparation for violence] happening in the home or they see it happening — that is to say, the move towards radicalism — or they see it happening in the churches or mosques, they know to call someone before that person typically crosses the line.

The departments June 23 statement emphasized that funding will be given to groups that cooperate with law enforcement:

The Department of Homeland Security (DHS) will award 26 grants — totaling $10 million for two years of programming — to organizations that will work to improve the security of our communities and prevent terrorism. Grantees were selected in part because of their potential to support law enforcement and other frontline defenders, to demonstrate programmatic effectiveness, and to use taxpayer resources efficiently to create independently sustainable programs. Grants were approved for local law enforcement agencies, state and local government agencies, universities, and non-profit organizations.

Kelly’s new funding list eliminated grants to several additional organizations, including $400,000 for Life After Hate Inc., $499,998 for the Somali-focused Ka Joog organization in Minneapolis, $40,000 for the Muslim American Leadership Alliance, and $396,585 for Unity Productions Foundation, whose lawyer in Mazen Asbahi.

In turn, Kelly shifted the money to the Global Peace Foundation in New Jersey, and to Hennepin County Sheriff’s Office in Minneapolis, and the Heartland Democracy Center in Minneapolis, where many local Somalis have preserved strong ties to Islamic armed groups in their homeland.

The funding cut-off came one day before the final day of the 2017 Ramadan season. In prior years, Obama invited Muslim ambassadors and U.S.-based Muslim allies to share a fast-breaking “Iftar dinner” at the White House. At Obama’s final 2016 Iftar, the attendees chanted “Four More Years!”

Trump’s officials did not explain why President Donald Trump choose to not hold an annual Iftar dinner this year.

One likely reason is that many Arab Muslim countries are bitterly divided against each other. For example, Saudi Arabia is threatening the neighboring countries of Quater, is waging war in neighboring Yemen, and is in a cold war with Iraq and Iran. Those divides between Islamic countries created a diplomatic headache for officials trying to decide cost costs and benefits of inviting the ambassador from each country for the Iftar dinner.

A second likely reason is that officials did not want to invite some of the Islamic advocates who worked with Obama’s deputies. For examples, the invitees to Obama’s Iftar dinners included the president of MPAC, Salam Al-Marayati, whose grant was cut June 23.

Another frequent Obama guest was Mohamed Magid, a Sudanese cleric who heads the All Dulles Area Muslim Society mosque in Northern Virginia. Magid is a former president of the Islamic Society of North America and was invited to shape anti-terrorism policy at the FBI and DHS. Both Al-Marayati and Magid have pushed so many Islamist claims that Obama’s deputies even tried to conceal their organizations’ presence at the 2011 Iftar dinner.

During his eight years in office, Obama never invited Islamic reformers, such as Zuhdi Jasser, president of the American Islamic Forum for Democracy, a pro-Western Muslim group, to his Iftar dinners.

In response to Kelly’s shut-out from the grants, MPAC issued a protest in which it frankly admitted that it seeks to exclude the FBI from Islamic societies in the United States, such as mosques and affiliated community centers, or neighborhoods with a large Islamic population:

The notification letter we received today explained that upon further review, MPAC was excluded [from the grants] because we did not meet the criteria of working with law enforcement to counter violent extremism. This is true. Our position on this issue has consistently centered on community-led initiatives that improve mental health resources, access to counseling, and a host of other social services without [MPAC’s emphasis] the involvement or spectre of law enforcement.

While we have developed working relationships with law enforcement agencies in the past to improve officer training and the reporting of hate crimes, we have never conflated this work with community responses to issues of vulnerability and alienation. To do so would fundamentally compromise our ability to provide safe and nurturing spaces. Our grant application embodied those core principles, and its ultimate rejection by the Trump administration clearly demonstrates a dramatic and worrying change in approach…

The Trump Administration’s mishandling of the grant process underscores two fundamental flaws in its CVE [Countering VIolent Extremism] policy: it focuses on criminal investigations in a non-criminal space ….  The exclusion of groups like MPAC point to a DHS that is ineffective in coordinating with communities and unconstitutional in its treatment of a religious minority. MPAC will continue challenging the trajectory of the Trump administration’s efforts in this space by advocating for a holistic approach that empowers rather than sidelines communities, focuses on all forms of violent threats, and fosters a climate of trust over fear. We are considering all legal options in light of these changes.

The MPAC strategy of excluding law-enforcement from Muslim civic groups reflects a broader effort by Islamic advocates to create and expand segregated Islamic neighborhoods throughout the United States, each of which is to be ruled by Islamic laws, in partial cooperation with federal and state law enforcement.

In 2005, for example, just four years after the 9/11 atrocity by 19 militant Islamists, Al-Maryati called for excluding law-enforcement from still-small Muslim communities. According to the Investigative Project on Terrorism, he told a meeting of the Islamic Society of North America that:

Counter-terrorism and counter-violence should be defined by us … We should define how an effective counter-terrorism policy should be pursued in this country. So, No. 1, we reject any effort, notion, and suggestion that Muslims should start spying on one another. Everywhere I go either somebody tells me that officials have met with them publicly or they tell me that they know who those  folks are that are representing law enforcement. So we know they have communicated one way or the other with the Muslim community… The question is how do you deal with it in a healthy, open, transparent manner? That is why we are saying have them come in community forums, in open-dialogues, so they come through the front door and you prevent them having to come from the back door.

MPAC also has close ties to another defunded group, the “Bayan Claremont Islamic Graduate School,” an Islamic seminary whose president is named Jihad Turk. In February, the group announced it would decline funding from Trump’s DHS, although Obama’s DHS planned to award it $800,000.

This award was based on a proposal submitted in the summer of 2016 by Bayan Claremont, operating as a division of the Claremont School of Theology (CST), for a two-year project entitled “Flourishing Communities.” This project sought to elevate the capacity of non-profits and community organizations working to improve interreligious cooperation, civic engagement, and social justice. We will continue to pursue these goals with the support of our community and those who stand with us in solidarity.

The roles played by Magid and Al-Marayati were carefully tracked by the Investigative Project on Terrorism.

The self-policing strategy favored by Al-Marayati and others was partly embraced in the Obama administration”s “Countering Violent Extremism” policy.

The policy refused to identify Islamic doctrines as the cause of Islamic attacks, and also tried to treat Islamic attacks as generic “violent extremism,” and also similar to violence by small-government groups, by ‘Nazi’ National Socialists, or by anti-abortion advocates. “Any approach that would single them [Islamic beleivers] out or target [Islamic adherents] for discrimination is not only wrong and un-American, but it would also be counter-productive because it would reduce the strength—the antibodies we have to resist terrorism,” Obama claimed in March 2016.

Obama’s deputies, including Homeland Secretary Jeh Johnson, also gave a leading role to MPAC and its leaders, including Al-Maryati.
After Obama’s departure, MPAC hired one of Obama’s policy aides, Zaki Barzinji. According to MPAC, Barzinji was “Senior Associate Director of Public Engagement and President Obama’s Liaison to Muslim-Americans… he was responsible for significantly deepening engagement and representation of Muslim communities across the country.”

Obama hired other members of Islamic groups to serve at the DHS. For example, Kareem Shora was appointed to be the director of the Community Engagement Section at DHS, even though he had worked at the American-Arab Anti-Discrimination Committee. In a 2010 speech, for example, Shora said “We were not attacked by a faith [on 9/11]. We were attacked by violent extremists who were hijacking a faith … I felt, as a Muslim American, that I was attacked twice on 9/11 … those people attacked my own religion. They warped what the religion is all about, and so it is actually a very serious issue for me personally.”

Shora also used his speech to boast of his continued advocacy for Islamic groups: “Three years ago I had my name on [AADC] lawsuits against DHS, now I’m here speaking on behalf of DHS. I haven’t changed – the same exact points I made against special registration [of Muslim migrants] in 2007,  I’m making internally in DHS in 2010.”

However, Obama’s CVE strategy failed to win much support among the media-magnified Islamic advocates, religious leaders, and political groups, who wanted even greater self-segregation and autonomy from the nation’s laws, plus more U.S. pressure on Israel. The lack of support for law enforcement coincided with the violent emergence of long-planned attacks by Muslims in San Bernardino and at the Orlando nightclub.

The legitimacy and credibility of many groups that claim to speak for Muslims in America are unclear. Many immigrants and Americans who are born into Muslim families ignore the tenets of Islam, and also ignore the well-funded political groups that are described as their representatives by Democrats and the media.

A 2011 Pew report, for example, showed that 48 percent of Muslims in America said that Islamic political groups had not done enough to condemn Islamic terrorism — while only 34 percent say the groups have done as much as they should.

Moreover, U.S. government’s don’t delegate law-enforcement roles to groups that define themselves by ethnic affiliations or religious tenets, such as Italian men’s clubs or the Catholic Church. Instead, people deal with government through their elected local, state and federal legislators, and through judges, but not via panels of religious leaders and agency officials.