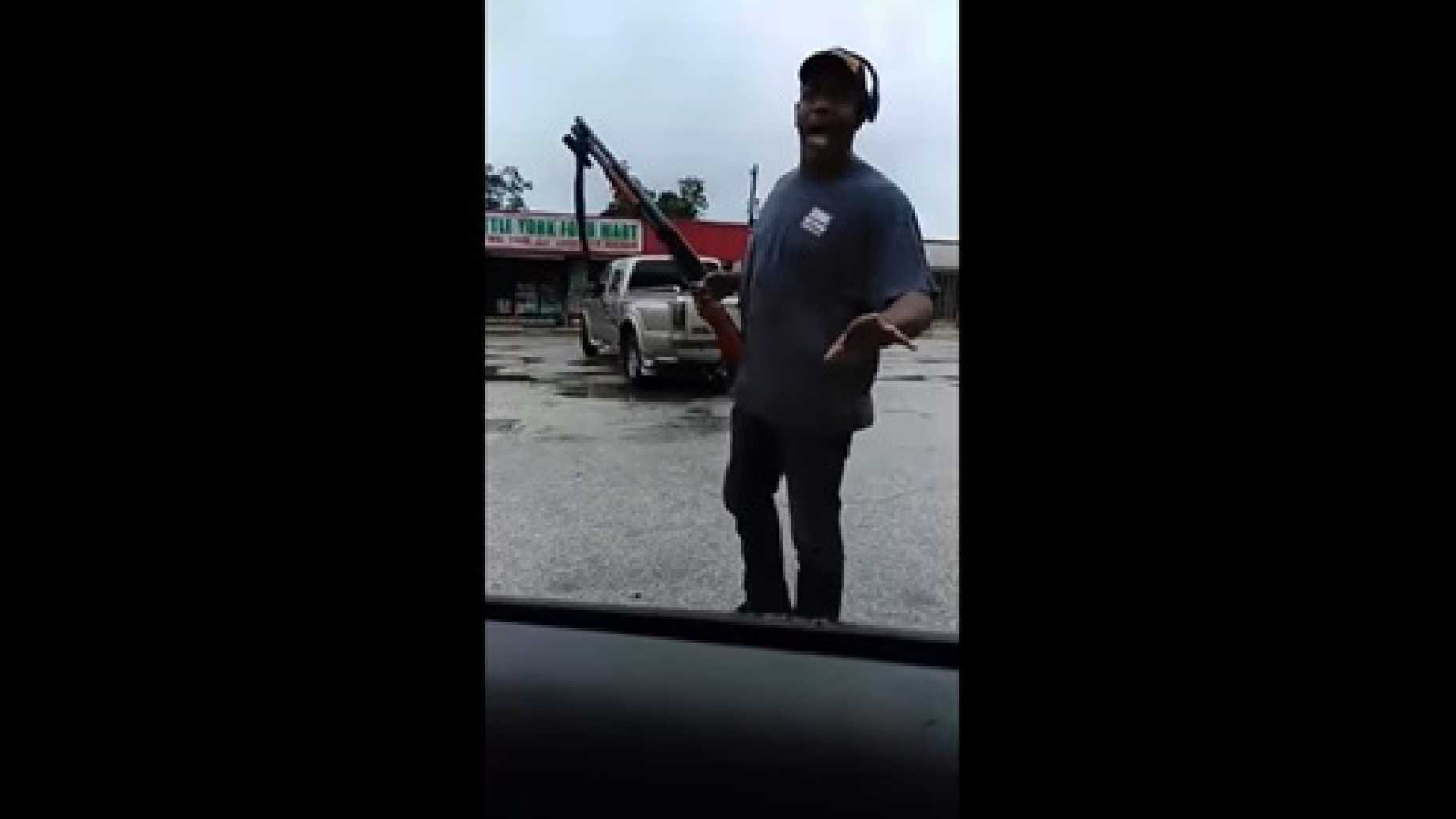 “I’m telling you one time: I’m not scared to shoot you!”

On Wednesday, a video of an armed and loaded Texan protecting his community from looters in the wake of Hurricane Harvey went viral. The featured badass mystery man, who claims to be a former “f***ing SWAT deputy,” is seen standing outside a store, threatening looters that he’s “not scared to shoot.”

“It’s a shame,” the man tells the Texas woman filming him from her car. “We need more real men out to step up and protect where you live. This storm is temporary. … It don’t make no sense that these guys out here, too lazy to get a damn job, the energy they using to rob — they need to use that energy to rescue people.”

This Texan had no time for looters.

“Hey, don’t you go back in that store!” he screams. “I’m telling you one time: I’m not scared to shoot you!”

“Put it down!” he yells at another potential thief. “I’m an ex-f***ing SWAT deputy! I will cut yo ass in half. Don’t go in that store no goddamn more!”

The woman manning her cellphone camera, sitting alongside her mother in her car, frets over the chaos.

“Lord Jesus. This s*** is getting real,” she says. “They are not playing out here. …This man out here with his shotgun, y’all. This is not a game.”

“Is he for real?” asks her mother.

“Yea, he got a real-ass shotgun in his hand!”

The woman also commended the man for taking action, saying, “They looting the stores and this man out here is trying to literally protect the community.”

The man noted that he’s merely “protecting the community where I live” and abiding by the law.

“I grew up in this area,” he said. “I’m a former law enforcement officer, so I understand what the law says. If you’re looting, you’re stealing. It’s a violation of Texas law and federal law in the time of a catastrophe.”

“Constitution says you’ve got the right to bear arms,” he adds.

The Texan has been praised by the public online as an “American hero” for protecting his neighborhood.