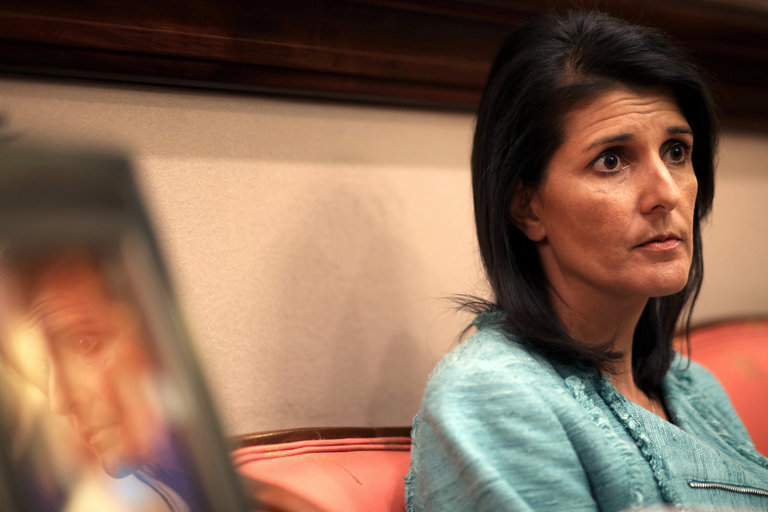 The United Nations Security Council will hold an emergency meeting Monday to discuss the latest developments with North Korea’s test of a hydrogen bomb that can be mounted to an intercontinental ballistic missile.

U.S. Ambassador to the U.N Nikki Haley announced the meeting on Twitter Sunday, writing, “We along w/Japan, France, the UK and S.Korea have called for an emergency Security Council meeting on N.Korea in the open tomorrow at 10am.”

The Security Council voted last month to impose harsher sanctions on Pyongyang after the rogue regime tested a number of ICBMs.

The latest test, which nuclear weapon experts estimated was seven times more powerful than the bomb the U.S. dropped on Hiroshima, Japan in 1945, was condemned by Secretary General Antonio Guterres, who called the act a “serious breach” of the country’s international obligations.

“This act is yet another serious breach of the DPRK’s international obligations and undermines international nonproliferation and disarmament efforts. This act is also profoundly destabilizing for regional security,” Guterres’s spokesperson said in a statement.

“The DPRK is the only country that continues to break the norm against nuclear test explosions,” the statement added.

The Trump administration has issued strong warnings following the nuclear test, with President Trump threatening to end trade with countries that do business with North Korea.

“We had a small group national security meeting today with the president, the vice president about the latest provocation on the Korean Peninsula. We have many military options. The president wanted to be briefed on each one of them,” Mattis said Sunday. “We made clear that we have the ability to defend ourselves and our allies, South Korea and Japan, from any attack. And our commitment among the allies is ironclad: Any threat to the United States or its territories, including Guam, or our allies will be met with a massive military response, a response both effective and overwhelming.”