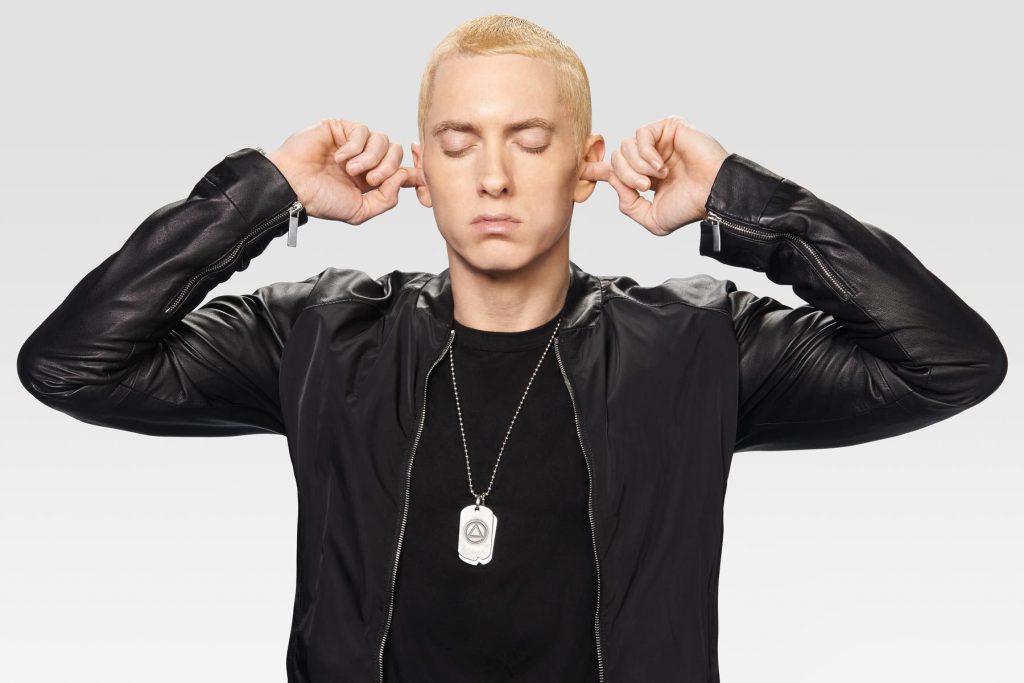 Accuses Trump of supporting the KKK, attacking the NFL to distract from real issues.

In the racially charged song, Eminem accuses President Donald Trump as having expressed “support for the Klansmen” and the tiki torch-carrying white supremacists in Charlottesville:

From his endorsement of Bannon, support for the Klansmen, tiki torches in hand for the soldier that’s black and comes home from Iraq and is still told to go back to Africa, fork and a dagger, and this racist 94-year-old grandpa, who keeps ignoring our past, historical deplorable factors.

Eminem derided any of his fans who support Trump, telling them unequivocally, “f*** you”:

Any fan of mine who’s a fan of his, I’m drawing in the sand a line, you either for or against, and if you can’t decide who you like more in this split, on who you should stand beside, I’ll do it for you with this, f*** you.

Eminem’s video concludes with expressed praise for America and its armed forces, framing the NFL’s anti-Anthem and anti-law enforcement activism as patriotic: “The rest of America, stand up, we love our military, and we love our country, but we f***** hate Trump.”

This isn’t the first time Eminem has slammed Trump. In a concert in Scotland in August, the rapper decried “motherf*** Donald Trump.”