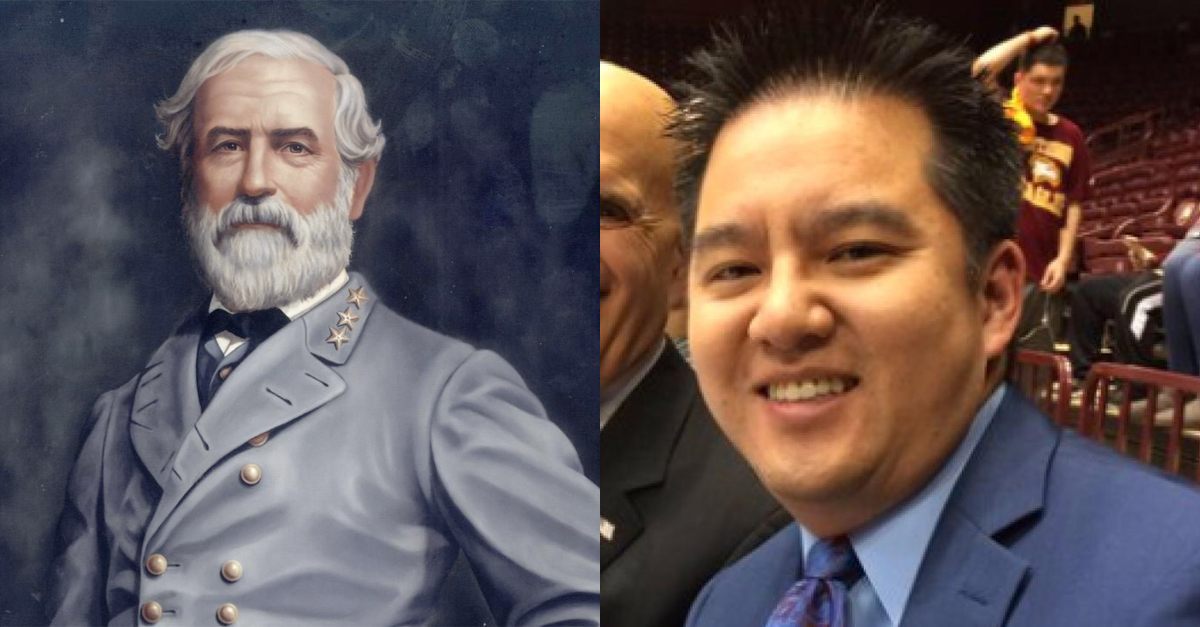 Cable sports network ESPN removed an announcer from an upcoming football game in Virginia because the man has the name Robert Lee, the same name as famed Confederate general Robert E. Lee; despite the fact the broadcaster is Asian-American.

According to Fox News, Robert Lee was pulled from the network’s coverage of the game because executives were concerned the name would be “offensive” to the crowd as well as those watching on television.

ESPN released a statement over their decision to remove Lee from the match, saying they “collectively made the decision” as a response to the “tragic events in Charlottesville.”

“We collectively made the decision with Robert to switch games as the tragic events in Charlottesville were unfolding, simply because of the coincidence of his name,” said the statement. “In that moment it felt right to all parties. It’s a shame that this is even a topic of conversation and we regret that who calls play by play for a football game has become an issue.”

The ongoing debate over Confederate symbols and monuments is reaching fever-pitch around the United States, with left-wing activists calling for the removal of all memorials relating to the Confederacy.

President Trump weighed-in on the issue last week, saying you can’t “erase” history but “you can learn from it.”