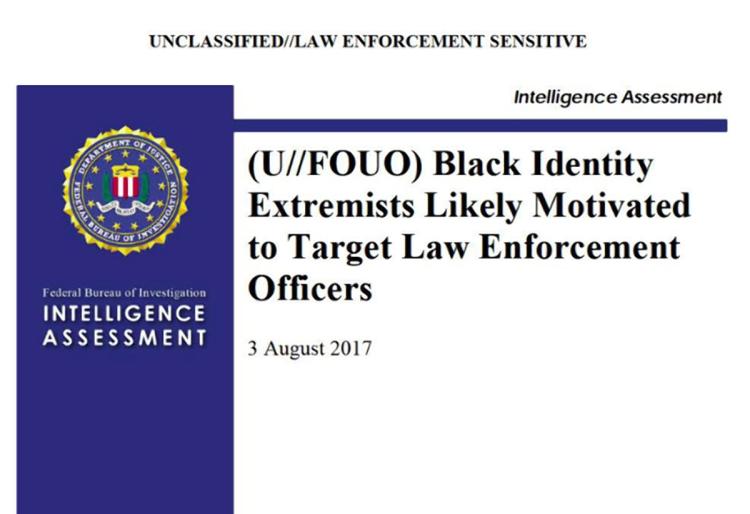 The FBI Counterterrorism Division warned about the potential violence that could come from members of “Black Identity Extremists” (BIE), according to a document obtained by Foreign Policy.

The Aug. 3 document warns of the potential violence that members of the BIE movement could possibly perform against American law enforcement officers, Foreign Policy reported Friday.

“The FBI assesses it is very likely Black Identity Extremist (BIE) perceptions of police brutality against African Americans spurred an increase in premeditated, retaliatory lethal violence against law enforcement and will very likely serve as justification for such violence,” the document read. Foreign Policy notes that the document was marked for official use.

The FBI report points to the 2014 Ferguson shooting of Michael Brown as the start of the anger and violence on the part of the BIE movement. Police brutality only helped fuel the anger, the FBI noted in the report.

“The FBI assesses it is very likely incidents of alleged police abuse against African Americans since then have continued to feed the resurgence in ideologically motivated, violent criminal activity within the BIE movement,” the report read.

The Bureau cited examples like Micah Johnson, the black man who opened fired on Dallas Police officers last July. Johnson reportedly expressed a desire to kill “white police officers” out of anger over police brutality against black Americans. The FBI believes that Johnson’s actions were influenced over anger from the BIE movement, the report said.

“The FBI further assesses it is very likely additional controversial police shootings of African Americans and the associated legal proceedings will continue to serve as drivers for violence against law enforcement,” the report noted.

It remains unclear if this means that the FBI has declared BIE as a domestic terrorist threat. The Daily Caller News Foundation reached out to the FBI for additional comment, but received none in time for publication.

The FBI also warned its agents about potential threats from black separatist movements a few years ago, handing out pamphlets on how to look out for members of the group, according to documents obtained by the American Civil Liberties Union.