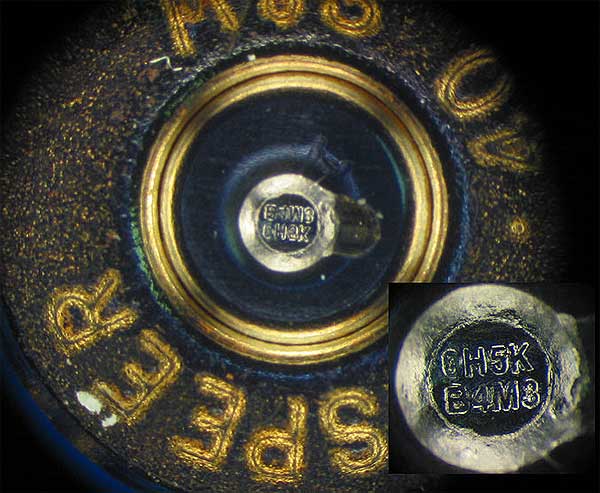 Microstamping is supposed to stop crime. The idea is that each round will be stamped with a number unique to the firearm and thus making it easier for the police to catch those who use guns in violent crimes.

Unfortunately, the technology is expensive, unreliable, and controversial. That won’t stop some politicians from trying yet again to require its use.

Introduced as the Make Identifiable Criminal Rounds Obvious (MICRO) Act last month, the proposal would strip the ability of federal firearms licensees to sell pistols that do not carry the controversial microstamping technology. Backers argue that as much as 40 percent of murders go unsolved due to lack of evidence, which the bill is meant to address.

“We must do everything we can to ensure gun violence can be investigated and prosecuted to the fullest extent of the law,” said the bill’s author, U.S. Rep. Anthony Brown, D-Md., in a statement. “Microstamping offers law enforcement the chance to track bullet casings to the source of the crime, and is one more step we can take to ensure the safety of the American people.”

A previous attempt in California to require such stamping is currently sitting before the California Supreme Court. As a result, the number of approved firearms permitted by the state has dropped by almost 50 percent. That has led some critics to call the legislation an incremental pistol ban.

California Attorney General Xavier Becerra penned similar legislation during his time in Congress referred to the technology as “smart, effective, and constitutional.”

Frankly, all three remain to be seen.

Becerra and Brown have also overlooked one tidbit that will render this technology useless. They forget that few criminals go into a gun store and buy their weapons. Instead, they buy them from people selling stolen guns out on the street.

A microstamped casing will only point to who previously owned the weapon prior to its theft, not to the person responsible, and only in states with a registration scheme in place. Without that, all they know is what kind of gun was used…in theory.

At best, a microstamped round can be used to match a casing with a weapon found in the possession of a suspect, but even then, it’s unlikely to be enough on its own. Ballistics tests will most likely still need to be conducted to verify it is indeed the same weapon.

Realistically, however, that will only happen with the dumbest of criminals.

Most will either dump it after they’ve shot someone, or modify the weapon so it’ll be untraceable. The proposed bill does make that illegal, but it’s also illegal to remove a guns serial number, and that happens all the time.

Once again, liberals are trying to treat ordinary gun owners as would be criminals just waiting for the opportunity to slaughter the innocent. A group of gun-grabbing politicos once again create a law that only the law-abiding will be impacted by, even though the law-abiding are the last people they need to worry about.

Currently, the law has 12 co-sponsors, all of whom are Democrats. Shocking, I know, but there it is.  Also, with a Republican controlled Congress, it’s unlikely that any such bill will ever see the outside of a committee, much less be passed and signed into law.

Still, it’s good to see what the gun control crowd is up to.