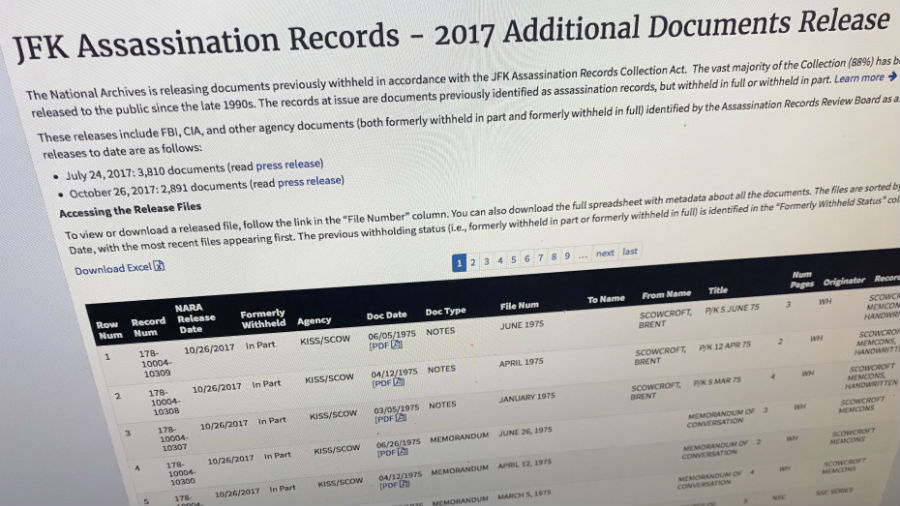 Thousands of previously withheld records surrounding the investigation into the assassination of former President John F. Kennedy were released to the public Thursday evening, shedding some light on what has been the subject of intrigue for more than 50 years.

Thursday marked the federal government’s deadline to release the 3,100 unseen files, a deadline that was set by Congress in 1992 under the President John F. Kennedy Assassination Records Collection Act. The documents have been held in the National Archives, and the majority are already public.

By no means do the records offer any bombshell revelations, but several documents give the public a peek into what happened in Dallas in 1963 and surrounding events.

Here are five interesting things from the newest release of JFK files:

The document was from the 1975 deposition at Langley: 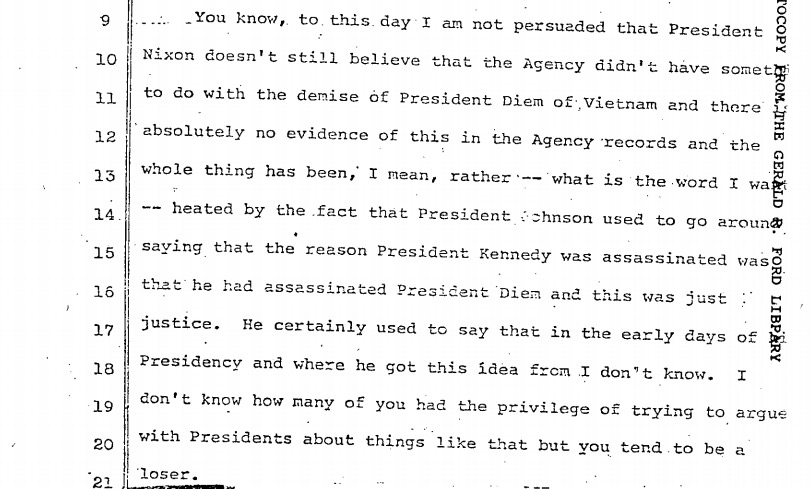 Robert Kennedy told the FBI in 1975 that an “intermediary had been hired by CIA” to consult mobster Sam Giancana about hiring a gunman for $150,000 to kill Castro in Cuba.

The account is detailed in an FBI memorandum from 1975. The memo is part of an 83-page report that also said the CIA considered delivering a poison pill to kill Castro.

“Attorney General Kennedy stated that the CIA should never undertake the use of Mafia people again without first checking with the Department of Justice because it would be difficult to prosecute such people in the future,” the report says. “Mr. Kennedy further advised that because of this matter it would be very difficult to initiate any prosecution against Giancana, as Giancana could immediately bring out the fact that the United States Government had approached him to arrange for the assassination of Castro.”

A memo from former FBI Director J. Edgar Hoover quotes a source within the USSR saying Soviets were shocked by the news of Kennedy’s death, with church bells tolled in his memory.

The source said the news sparked “great shock and consternation and church bells were tolled in the memory of President Kennedy.”

“According to our source, officials of the Communist Party of the Soviet Union believed there was some well-organized conspiracy on the part of the ‘ultraright’ in the United States to effect a ‘coup,'” the memo said.

FBI director Hoover, in a November 24, 1963, report, said a man called into the FBI’s office in Dallas saying he would kill Oswald just a day before he was shot and killed.

Hoover says in the report the call was “from a man talking in a calm voice,” saying he was a member of a committee to kill Oswald.

“There is nothing further on the Oswald case except that he is dead,” Hoover says in the report. “Ruby says no one was associated with him and denies having made the telephone call to our Dallas office last night.”

Hoover also said in the memo he had evidence of Oswald’s guilt and was concerned there would be doubt by the public that Oswald was being Kennedy’s assassination.

The Kennedy administration in 1962 proposed creating a bounty system that would pay Cubans for killing communists, and that valued Castro’s life at just 2 cents.

The proposed system is detailed in a report from the White House, and would have offered rewards ranging from 2 cents to $1 million. Officials planned on dropping leaflets by air over Cuba that would have described the prizes for specific communist leaders.

“One final leaflet may be deemed advisable and that one announcing a 0.02 ¢ reward for the delivery of Castro,” the memo said.