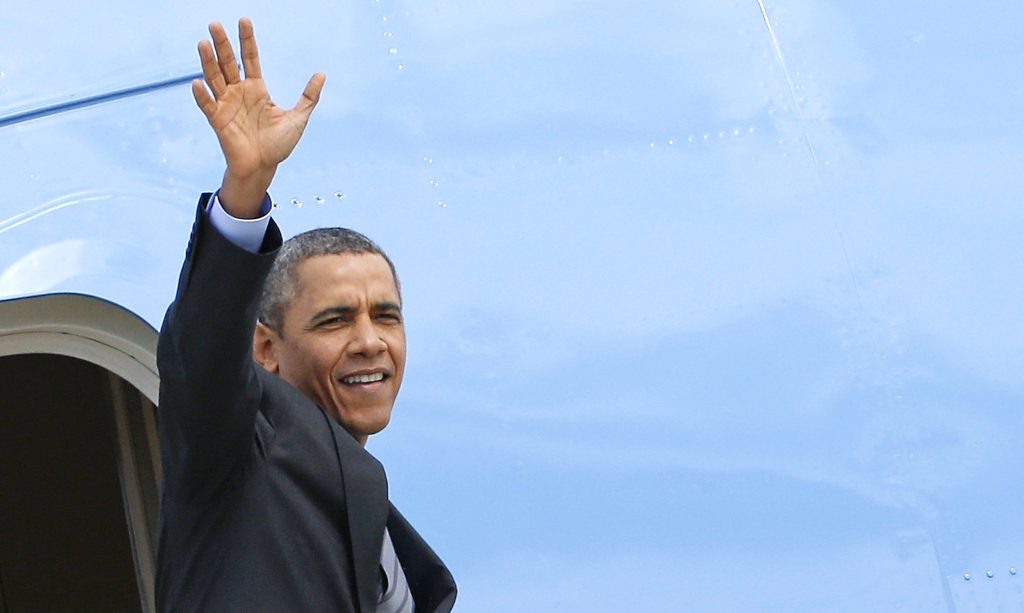 President Barack Obama personally authorized the release of ten Russian spies who spent years in the United States infiltrating elite academic and Wall Street institutions, including one spy who received a degree from Harvard’s John F. Kennedy School of Government.

President Obama held an Oval Office meeting on January 5, 2017, at the very end of his term after President Trump had been elected, in which he advised withholding information about the federal government’s “Russia” probe into Trump from Trump’s advisers.

Obama’s purported concern about Russian meddling was a stark 180-degree turn from his previous actions as president.

In a mostly forgotten incident from Obama’s first term, the president acted with “unprecedented” swiftness in releasing ten arrested Russian spies in a bid to underscore the Democratic administration’s newfound diplomatic progress with Russia. In exchange, Russia agreed to release four of their own nationals from imprisonment for “illegal contacts with the West,” according to the Washington Post.

“President Obama has not spoken to Russian President Dmitry Medvedev about the spy swap but has been “fully briefed and engaged in the matter,” the administration official said. “It did come to the [U.S.] president for his authorization. And he gave it”…

The hearing brought an abrupt conclusion to one of the more unusual spy cases in U.S. history. The 10 agents — and a suspect still at large after disappearing in Cyprus — were “sleepers” whose job was to blend in at high-powered institutions such as Harvard’s John F. Kennedy School of Government or in Manhattan financial circles, officials said.

Their mission was to gather information and identify potential future government employees who could be helpful, officials said…”

But don’t worry, folks. At least the long-embedded Russian spy had to give back his degree from Harvard.

“Harvard Kennedy School has revoked the degree it awarded Russian spy Andrey Bezrukov, who lived in Cambridge and attended school under the name of Donald H. Heathfield…

Under the name of Heathfield, a deceased Canadian, Bezrukov studied at the Kennedy School and graduated from the Master’s in Public Administration program in 2000…

According to the most recent version of its student handbook, the Kennedy School usually severs its relationship with a student when it is discovered that the individual’s application contains inaccuracies.”

That man’s application evidently contained quite a few inaccuracies.

Bezrukov was more than willing to dish on his covert spy work in a 2012 Russian-language interview with the Russky Reporter magazine, in which he explained that his wife was also a Russian spy.

“They were my main object of study,” Bezrukov said of Americans. “It is a country that you must know; you want to understand its people in order to help your country’s leaders make the right decisions.”

But Bezrukov was quick to point out that he did not actually love America.

“I can’t say that I fell in love with the country. I have lived in countries that are culturally more interesting than the United States. But, of course, I respect the Americans. There are many things that I like about them: their optimism, ingenuity, readiness for change, the ability to honestly and promptly admit to and correct their mistakes,” the spy said.

How surprising that he fit right in, undetected, at Harvard!

The spy couple’s children later dished to The Guardian in a tell-all piece headlined “The day we discovered our parents were Russian spies.”

Even the Washington Post acknowledged that Obama let the spies go very quickly and easily.

“John L. Martin, who supervised dozens of espionage cases during a 26-year career at the Justice Department, said earlier spy exchanges took years to work out. The speed at which the latest one occurred was “absolutely unprecedented,” he said.

Indeed, the swap could feed Republican criticism that the Obama administration is too accommodating toward Russia.

So, there you have it. Russian spies were infiltrating the Ivy League and Manhattan’s upper-crust finance crowds, but Obama let them go become celebrities back in Russia in order to highlight his excellent relationship with Russia.

Obama and Hillary Clinton are both under fire for the Uranium One scandal, in which they sold 20 percent of U.S. uranium to Vladimir Putin’s Russia with the assistance of Robert Mueller, currently special counsel probing alleged Trump-Russian connections.

“An FBI informant with first hand experience in the Uranium One deal testified to congress that Moscow paid millions of dollars to a U.S. lobbying firm in order to influence then-Secretary of State Hillary Clinton by helping Bill Clinton’s charities during the Obama administration.

The informant, Douglas Campbell, gave a ten-page statement to the Senate Judiciary Committee, House Intelligence Committee, and House Oversight and Government Reform Committee, as well as being interviewed for several hours by committee staff.”

But despite all of this Russia love, the Obama administration all of a sudden grew concerned about the Russkies as soon as President Trump got elected.

It doesn’t take a degree from the Kennedy School to figure this one out.