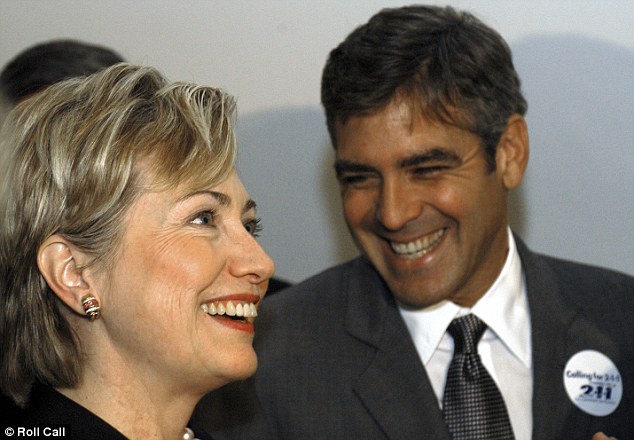 Award winning actor and filmmaker George Clooney said in a recent interview he never saw Hillary Clinton “elevate her game” during the 2016 presidential campaign, arguing that helped lead to her election defeat.

Clooney, who has been outspoken about politics and was an avid Clinton supporter, told the Daily Beast that he was frustrated with Clinton during the election.

Although the Hollywood star believed Clinton was “incredibly qualified for the job,” even more so than Bill Clinton was at the time of his election, he admitted she was “not as good at communicating things” as her husband had been.

“I think that she wasn’t particularly good at articulating the things that she wanted to do,” Clooney said. “And unfortunately we live at a time right now where articulating what you want to do is more potent in the electorate than the other way around.”

Clooney said many of his liberal friends saw issues as well.

“It was frustrating because I never saw her elevate her game,” he said. “I never saw it. And I had a lot of liberal friends who were like, ‘she’s not good at this.'”