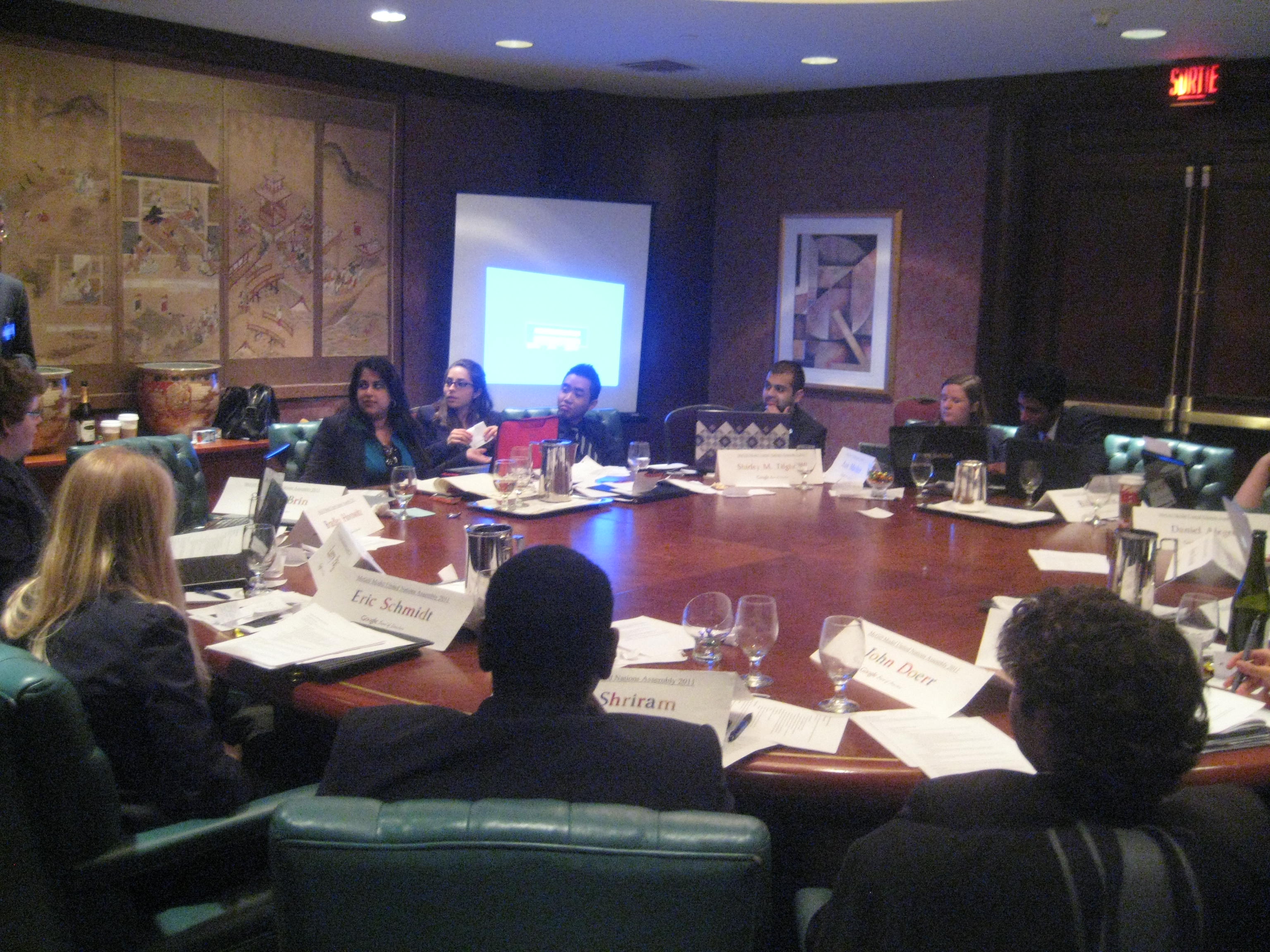 If you Google public relations disaster, you’ll find Google. Over the weekend a now-fired Google employee wrote an internal memo asserting the company’s liberal bias made it inhospitable to conservative ideas. Political donations made by board members of Alphabet — Google’s parent company — shows that bias goes straight to the top.

“Google’s left bias has created a politically correct monoculture that maintains its hold by shaming dissenters into silence,” Google software engineer James Damore asserted in the memo that lead to his dismissal.

He also advised Google “stop alienating conservatives” because “in highly progressive environments, conservatives are a minority that feel like they need to stay in the closet to avoid open hostility.”

While Damore cited assumptions about the gender gap as his evidence for Google’s liberal bias, other evidence also exists.

For example, 10 of the 13 Alphabet board members have given more than $3.9 million to political candidates and groups since 1989, according to OpenSecrets records. Of that, 80 percent (or $3,129,964) went to Democrats and just $509,450 went to Republicans. The remaining $282,606 went to groups that equally funded Democrats and Republicans. 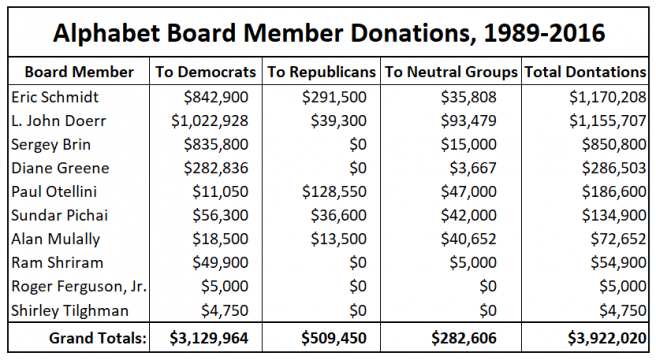 Only one board member, Paul Otellini, gave more to Republicans than to Democrats in the last 28 years. Otellini is a former CEO of Intel.

As off 9:30am August 9, Google has yet to issue a public statement Damore’s termination. However, Damore told Bloomberg on August 8 he had been fired for “perpetuating gender stereotypes.” Damore’s memo claimed women were not equally represented in tech jobs because of “neuroticism” and having “a stronger interest in people rather than things.”

Whether or not Damore’s ideas on the gender gap in tech industries were correct, his firing was another indication of the liberal bias he claimed existed at Google.

According to Business Insider, Damore has filed a complaint with federal labor officials.