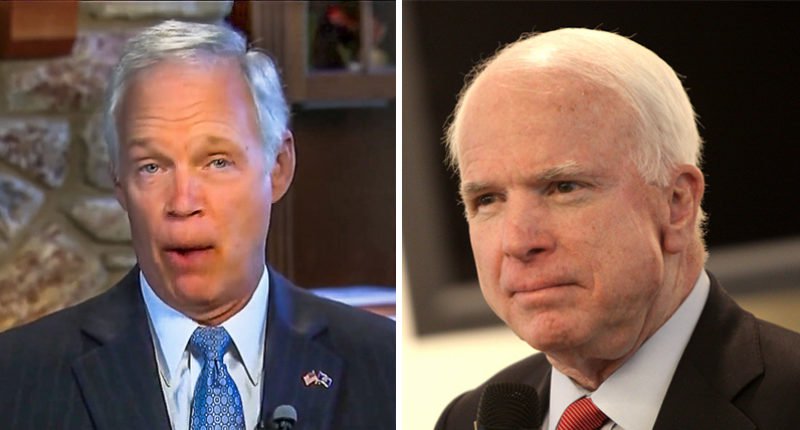 During a radio interview on “Chicago’s Morning Answer,” Johnson explained what he believed might be the possible logic behind McCain’s surprising “no” vote on the bill.

“He has a brain tumor right now, that vote occurred at 1:30 in the morning. Some of that might have factored in,” Johnson said.

“Really?” she said. “I mean he did get out — just had recovered from getting the brain tumor removed and then flew all the way to Washington, D.C., but do you really think that played a factor in his judgment call?”

“Again, I — I don’t know exactly what — we really thought — and again, I don’t want speak for any senator,” Johnson responded. “I really thought John was going to vote ‘yes’ to send that to conference at 10:30 at night. By about 1, 1:30, he voted no. So you have talk to John in terms what was on his mind.”

Moments before, Johnson told the radio show that the senators had all received a promise from House Speaker Paul Ryan (R-Wis.) that the bill would not pass the House floor without major improvements.

“We did get a call from Paul [Ryan] and he assured us that skinny repeal was not going to pass the House it would have to go to conference,” Johnson said.

“It is bizarre and deeply unfortunate that Sen. Johnson would question the judgment of a colleague and friend. Sen. McCain has been very open and clear about the reasons for his vote,” Tarallo said.