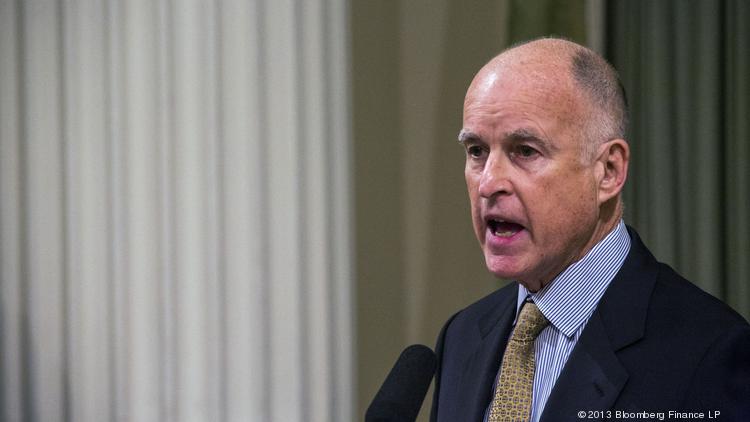 In a contentious interview with BBC radio, California Governor Jerry Brown has threatened to sue the Trump administration over climate change, while vowing to “stabilize the ship of state.”

“The president is working to delegitimize the very notion of climate change,” Brown told Jim Naughtie of the BBC in a program that aired Tuesday, while the position of California is to go “against the policies of President Trump.”

“I hope the rest of the world does their part in providing a forceful opposition,” he said.

“Trump has declared war on a majority of the American people under the guise of supporting his minority base and it’s very dangerous,” Brown said. “It’s very disruptive for America, and I’m going to do everything I can to stabilize the ship of state.”

The governor went on to say that the president uses the issue of global warming to “work” his constituency. “I think he sees this as a galvanizing rhetoric for his base,” he said.

Regarding Trump’s withdrawal of America from Paris climate accord, Brown said that California will “go to court and block his efforts.”

“We are building a coalition that covers about 30 percent of the GDP of the world and well more than a billion people,” he said. “So, we are taking action in California. We are linking up with other similar-minded people all over the world. And we are pushing forward, even as Trump blusters, he cannot command the tides to not come in.”

“Climate change is occurring. Global warming is occurring. California is beginning to burn up. The political will is not strong enough but it’s moving in the right direction,” he said.

The governor said that America is currently “passing through its dark night of the soul” but would eventually emerge from it.

“America is strong, very strong, but it’s being torn apart now and the pied piper-in-chief is Donald Trump. We’re in a very dangerous precipice,” he said.

From early on in his presidency, President Trump announced his goal of American energy independence and in March issued an executive order directing the Environmental Protection Agency “to suspend, revise, or rescind four actions related to the Clean Power Plan that would stifle the American energy industry.”

According to the World Health Organization, the United States finds itself in a leadership position concerning environmental achievements, with a level of air pollution among the lowest on the planet.

In the most recent WHO report on air pollution, the U.S. was among the countries with the cleanest air in the world, significantly cleaner than the air in Germany, Italy, Switzerland, the UK, Japan, Austria and France, not to mention major polluters such as India, China, Egypt and a number of former Soviet republics.

Meanwhile, the Vatican has invited Jerry Brown to deliver a keynote address on Saturday, Nov.4, at an international workshop on climate change, sponsored by the Pontifical Academy of Sciences.

The Vatican workshop, titled “Health of People, Health of Planet and our Responsibility: Climate Change, Air Pollution and Health.” will attempt to link up the health risks posed by air pollution with anthropogenic climate change driven by carbon emissions.

This is the second time the Vatican has offered a platform to Governor Brown from which to proclaim his views on global warming.

Invited to speak at a similar Vatican event in 2015, Jerry Brown, a darling of Planned Parenthood, attacked climate-change skeptics, calling them well-financed “troglodytes” who are determined to “bamboozle” the gullible.

In his address, Brown said that climate change is “the biggest threat of our time” after nuclear annihilation.

“If we don’t annihilate ourselves with nuclear bombs then it’s climate change,” he said.