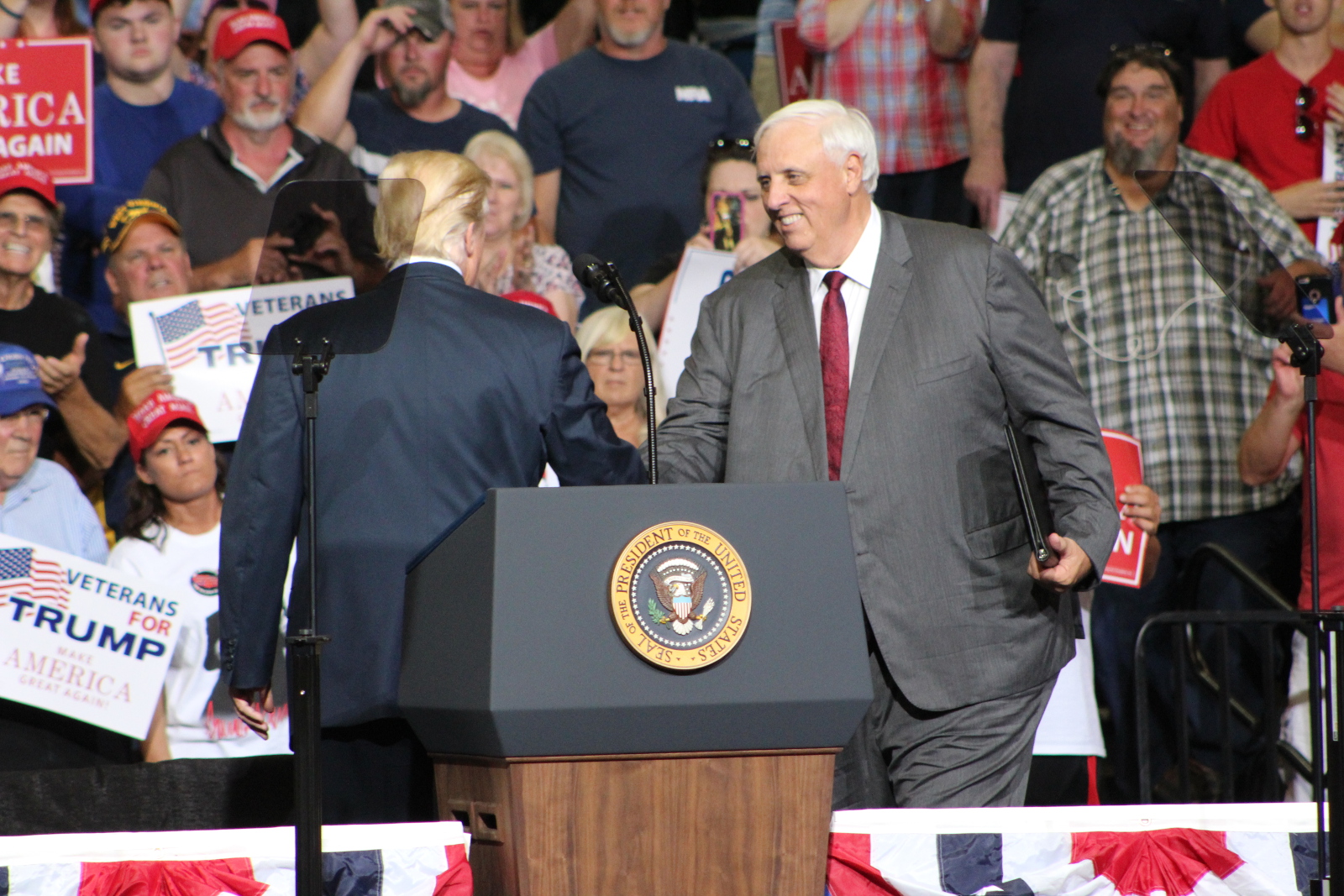 West Virginia Gov. Jim Justice announced his plans to leave the Democratic Party and join the GOP during President Donald Trump’s rally Thursday night, keeping in line with the trend of Democrats moving away from their party in the Mountain State.

Trump held a rally in Huntington, W.Va. at Big Sandy Superstore Arena on Thursday. During the event, Justice, at the time a Democrat, announced he would be joining the Republican Party. The announcement was met with cheers from the crowd.

The Washington Post interviewed a handful of people from Trump’s rally on their voting records and political ideology, indicating a movement of West Virginia Democrats switching their party affiliations to the GOP.

Kimberly Barrington, a 46-year-old mother of two, voted for Democrats for years before switching her vote to the Republican Party in 2012, supporting Mitt Romney for president. She said the Democratic Party drifted away from her values and priorities.

Marty Ramsey, on the other hand, is a 49-year-old independent from Kenova, who voted for Trump this year but did not vote in 2008 or 2012. He said he became an independent several years ago after the Democrats let the government become too involved in health care and education.

Paula Langston, a 41-year-old Republican, said she was stunned when her lifelong Democratic parents voted for Trump. Her mother and father own a bar and said their consistent votes for Democrats were not helping their small business.

Other rally-goers who Johnson interviewed were unsure how to describe themselves politically or how they plan to vote in the future.

Trump’s West Virginia support base includes a significant number of Democrats, former Democrats, and people who have not voted in years. Republican and Democratic strategists are studying the group of rural and industrial counties that Trump won consisting of this demographic.

It is unclear if this group’s political transition to the GOP is permanent.

Trump won all 55 counties in West Virginia in November, and he won 43 of them by at least 70 percent of the vote. A recent Gallup poll found that 60 percent of West Virginians approve of Trump’s job performance—the highest percentage of any state in the country.

In the past five presidential elections, the Republican candidate has won the state.

This new trend could become trouble for Democratic Sen. Joe Manchin, who is up for reelection next year. Manchin was a staunch Hillary Clinton supporter during the 2016 presidential election, but he is one of the more conservative Democrats in the Senate and has supported some of Trump’s initiatives.

Manchin is now one of the only high ranking Democrats left in the state.