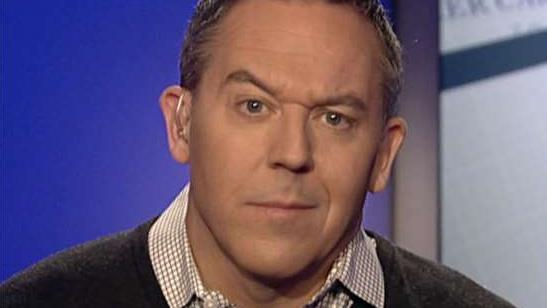 Greg Gutfeld is a Fox News host, has a nearly a million followers on Twitter and is a pretty funny guy. Patton Oswalt is a professional comedian, has 4.3 million Twitter followers and is really angry about everything President Trump does.

Is there any going back after this #TaxBillScam? To America? Does it matter now if Trump is impeached? There’s no America now. Not the one we knew. Sorry, feeling real despair this morning

A nice jab. But Gutfeld lands an uppercut.

these parody accounts have to try harder https://t.co/zpSrKZjSl0

Oof. Comedy pointers from Greg Gutfeld. Does this mean I can give exercise and diet tips? https://t.co/ob2vHi1Z7A

See what he did there? He went on wikipedia & found out I edited Men's Health 20 years ago! Comedy gold, people! (Note: I don't blame him; he's not exactly on top of things;) https://t.co/8jW26zjXtO

See, the joke is I'm out of shape & eat poorly, so I have no business giving out health advice. You're comparatively awful and clueless when it comes to comedy. Which you just proved by missing the joke (and being defensive about it) https://t.co/bGMd3FVT0Z

deep breathing…calm yourself. everything is going to be fine. Go outside! talk to someone! https://t.co/a8juPY8fIu

Good exchanges. We’ll score that a draw. Round Three!

"Calm down" from the guy with three exclamation points and and two typos in his Tweet. Sure Greg. Are you being chased? https://t.co/782IM3b7J0

Greg, you have the saddest "fun" I've ever seen someone have. I'm gonna let you go, this feels cruel. https://t.co/9eyeUeq9SC

Damn, the comedy sheriff announces he has better things to do! Okay comedy sheriff! Ride off into the sunset! (note PO: I handed your ass to you. Rather than face a logic-problem, you relied on the "I'm a comedian and this rube isn't" trope. And it failed you. Night. 😜😜 https://t.co/owLa8tsNvB

Oswalt goes down! But he’s back up before the 10 count and throws a wobbly roundhouse, hitting only air.

Saved by the bell! Big win that round for Gutfeld. Oswalt’s cornerman is slathering salve over his boxer’s cut-up face. No time! Ding! Round 4!

never said i was, comedy sheriff! And that's my point. When you're exposed for your emotional, irrational outbursts untethered to fact – your reflex is to say, "you're not a comic." Fine. You're still an emotional hypocritical wreck. Deal with that. https://t.co/gjeRcC6sWN

Gutfeld stays on the attack, gets in the first shot. Oswalt counters.

Ah, Oswalt goes Rope-a-dope, and is actually sobbing in his corner!

BTW, I thought you, the comedy sheriff, had walked off into the sunset, with your joke lasso in hand, to rest another day after all this hard work on twitter. What woke you, Captain Punchline? The need to tell everyone who is funny and who isn't? https://t.co/RyjBsO4KpQ

(The sure sign of handing someone their ass: having to insist you did and adding an emoji) https://t.co/d84D6GMbyi

I thought you went to bed. So you want me to kick your ass some more? Okay: I'll be nice: you're living in a delusional bubble that prevents you from seeing that people who disagree with you aren't all jerks. You're not thinking clearly. https://t.co/2nza8aTBgZ

Punched out, Oswalt goes in for a hug.

You missed me! How sweet! https://t.co/zYqfk7rHFi

Well, the judges have an easy time with this round. Gutfeld again. Onto Round 5. Oswalt is wobbling visibly.

actually, I did! I'm enjoying this. I actually think you're a smart funny person who's like the lady in the first episode of American Horror Story. You're fucked up. Someone has to pull you out of this. I can be that person. Consider this a Twittervention. https://t.co/pulqTmzi83

Oswalt goes down hard! No, he’s not moving. The referee leans over him, then starts waving his arms like an ump calling a ballplayer safe at home. It’s all over! Gutfeld wins in a knockout!

Let’s hope for a rematch soon….