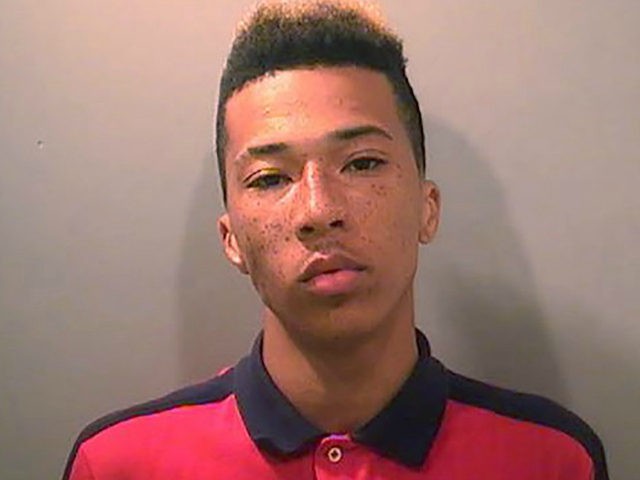 A group of teens attacked a family of three over a line-cutting dispute during Fright Fest at Six Flags Great America in Illinois, police said.

The Chicago Sun-Times reported that the rambunctious teens cut in front of a 50-year-old woman, her 51-year-old husband, and their 12-year-old son standing in line at the amusement park in Gurnee on Saturday.

The woman asked the teens to stop swearing, and one of the teens “sucker-punched” her son, Gurnee Deputy Police Chief Brian Smith said.

Moments later, the teens allegedly pummeled the family to the ground.

Smith said Wednesday the family suffered “significant injuries” and were taken to a hospital where they were treated and later released.

Battle was released after posting $20,000 bond before his initial appearance Wednesday in Lake County Court, the Chicago Tribune said.

Smith told the New York Post that although Battle allegedly took part in the assault, he did not throw the first punch. The police chief added that he believed one of the juvenile suspects was responsible for throwing the first punch.

The Tribune reported that eight other teen suspects, ranging in age from 15 to 17, have been charged as juveniles for mob action and are being held at a juvenile detention complex in Vernon Hills.

A spokesperson for the amusement park called the alleged attack an “isolated” incident and noted that security personnel responded appropriately.

“The safety of our guests and team members is always our highest priority and we have zero tolerance for any unlawful behavior,” park officials said in a statement to the Post, adding, “We continually adjust our security measures to maintain guest safety and well-being. We partner with local police as well as staff our own robust security team and work in unison with other entities to maintain a safe environment.”

Police are asking anyone who has video footage of the incident to notify the authorities.