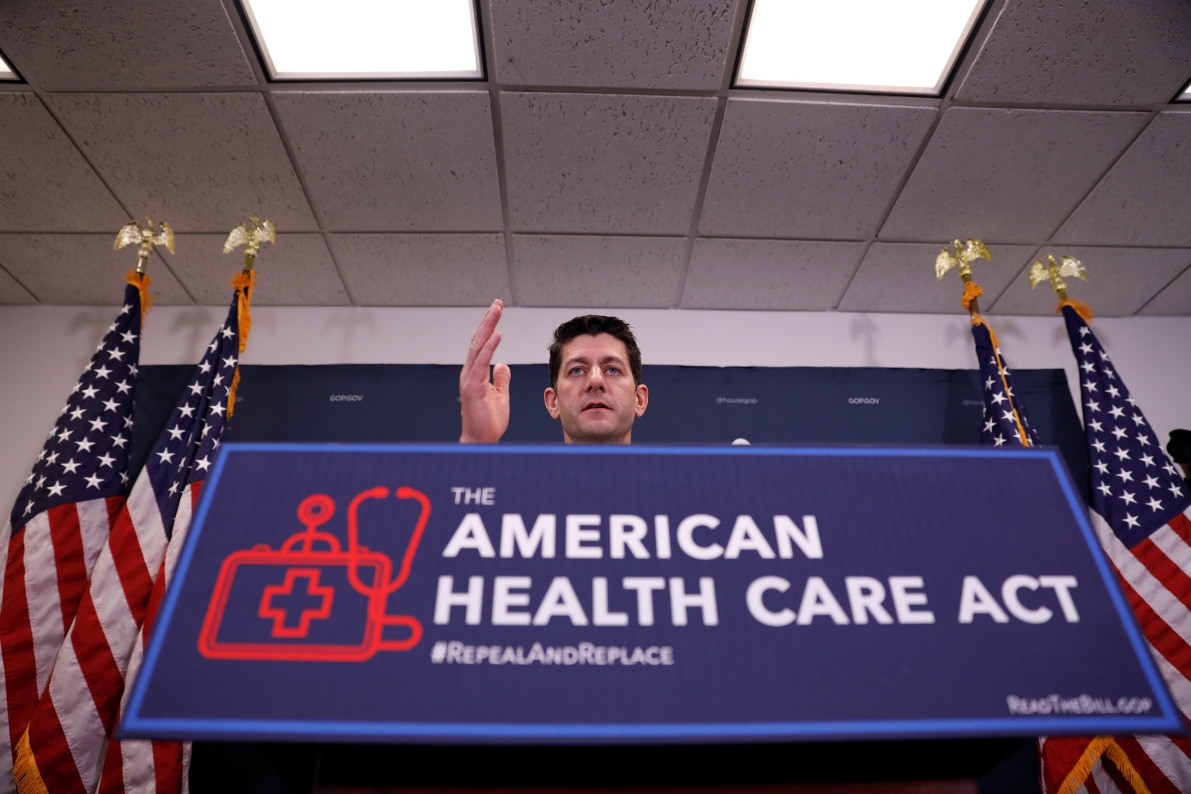 The Senate’s plan to repeal and replace Obamacare may be in a state of purgatory, but progressive activists would like to send it straight to hell. As the July 4th recess approaches, progressive political organizations like MoveOn, Our Revolution, Indivisible and CREDO, among others, are planning to keep up their momentum with peaceful protests at local Republican senators’ offices, floods of phone calls and even appearances at local Independence Day parades.

“Republican senators have demonstrated that their number one goal in health care reform is avoiding any public interaction with their constituents,” Ben Wikler, the Washington director for the political advocacy group MoveOn told The Daily Beast in a phone interview.

Which is why, he said, activists will attempt to get face time with them along July 4th parade routes and other public appearances in their home states. The goal is to ensure that the senators who have said they would not vote for the Better Care Reconciliation Act, the Senate’s repeal bill, stick to their word and that any senator who has yet to weigh in, joins their colleagues in voting no.

“The line that these senators need to draw is that they won’t vote for any bill that will throw people off their coverage,” Wikler said. “That’s why a bill that is essentially giant cuts to Medicaid to fund tax cuts for the wealthy is flawed to its core.”

As of now, only two Republican senators have scheduled town halls this week and during the weeklong recess: Bill Cassidy of Louisiana and Jerry Moran of Kansas. The senators who will be targeted in the recess week’s activities include, but are not limited to, Rob Portman, Susan Collins, Rand Paul, Ron Johnson, Mike Lee and Shelley Moore Capito—all of whom have said they would vote no on the current legislation or expressed reticence about it.

Just a day after the planned attendance at local parades, Wikler told The Daily Beast, Health Care For America Now, a grassroots political organization, will also hold a day of action on the 5th to bring further attention to the issue. Details of the day are still coming together.

Senate Majority Leader Mitch McConnell had initially planned on holding a vote on BCRA prior to the holiday recess. Following an assessment by the Congressional Budget Office on Monday, which indicated that some 22 million additional citizens could lose health care by 2026 under the plan, and a steady stream of Republican opposition to the current version of the bill, McConnell decided to delay the vote until after the recess.

The delay provided a brief bit of breathing room for Democratic senators and progressive activists alike but there is real concern that the bill will follow a similar trajectory to the House’s version of the legislation earlier this year.

Basically with McConnell at the reins, what seems dead may never die.

“We’re operating under the assumption that Mitch McConnell wants to bring this up for a vote the first week back,” Angel Padilla, the policy director for the Indivisible Project, a nonprofit organization devoted to fighting the Trump agenda, said. “There’s the ghost of Paul Ryan that we want to make sure we don’t forget. This is what Mitch McConnell’s hoping for. He’s hoping that people’s attention will shift to something else.”

The “ghost” moment Padilla  referenced was when House Speaker Paul Ryan declared in March that  “Obamacare is the law of the land,” after the House failed to corral enough support to bring the American Health Care Act, the House’s version of the repeal bill, to the floor.  Then it was suddenly back and narrowly passed at the beginning of May.

You are now subscribed to the Daily Digest and Cheat Sheet. We will not share your email with anyone for any reason.
This is exactly what activist groups are concerned about. If they are not able to maintain momentum, flooding congressional offices with thousands of calls, staging protests and even personally pleading with senators, McConnell can return to his backroom dealings and make Obamacare repeal a reality.

“In terms of when we’ll feel safe, my impression is that Mitch McConnell is going to bring this to a vote,” Padilla said. “If we get to a point where the bill gets to the floor, and we kill it then, that’s when I feel a lot of us might feel a little bit better about where we are.”

Padilla said, like Wikler, that Indivisible teams throughout the country would be focusing on confronting senators at public Fourth of July events.

This past weekend, MoveOn’s efforts were bolstered by public appearances by Senator Bernie Sanders, who traversed Ohio, West Virginia and Pennsylvania to speak out against the legislation. The stops helped propel the health care debate into mainstream media broadcasts and the front pages of local newspapers.

While there are no announced plans for an additional tour with Sanders himself next week, his political organization Our Revolution said they are going into the recess ready to fight.

“We’re cautiously optimistic,” Diane May, the communications director for the organization said. .

But, she added, “The same thing happened with the House bill. They pulled the bill and everyone was really excited. There was a huge let down. That’s why we’re ramping up so much for this recess break.”

In conjunction with Democracy Spring, a civil resistance organization, Democratic Socialists of America and the People’s Consortium, a progressive political advocacy organization, Our Revolution will stage peaceful sit-ins at the offices of 15 Republican senators in the coming week. The final list of names is still being determined, May said.

Sit-ins have been taking place already this week, resulting in dramatic photos and headlines specifically involving ADAPT, a national grassroots organization of disability activists. Last week, some 43 activists were arrested while protesting BCRA at McConnell’s office.

“Right now we have 10 ADAPT actions going on across the U.S. today,” Laura Halvorson, an activist with the organization told The Daily Beast. “One of which is in Denver, CO and has been going on since last night. We had 5 actions Monday and I think 7 yesterday across the U.S.”

The protest at Colorado Senator Cory Gardner’s office reportedly began at 9:30 a.m on Tuesday. and nine protesters spent the night, some of whom were in wheelchairs.

Halvorson said more actions will be planned during the recess but one is specifically scheduled on July 5 at Senator Jeff Flake’s Arizona office.

These efforts are all leading up to a national day of action on July 29 which will combine the forces of more than a dozen progressive groups, including a major rally in Washington D.C. But Padilla emphasized that the important work will be done in advance of that high-profile day, with constituents simply refusing to take anything but no for an answer from their senators.

“For us, what really matters is that you get into those congressional offices,” Padilla said. “Those are the kind of activities that we focus on. Keep going to your member’s office.”

Because for these organizations, there will be no rest until the bill is buried in the ground.

“We will never underestimate Mitch McConnell’s ability to twist arms and pressure members of his caucus to support legislation that is bad for their constituents,” CREDO’s Political Director Murshed Zaheed, who runs the progressive social change network, told The Daily Beast.

“As we saw on the House side, an initial delay does not mean the fight is over. We are going to intensify pressure on Republican Senators to oppose Trumpcare over the July 4 recess and will keep fighting until this zombie health care bill is completely dead.”