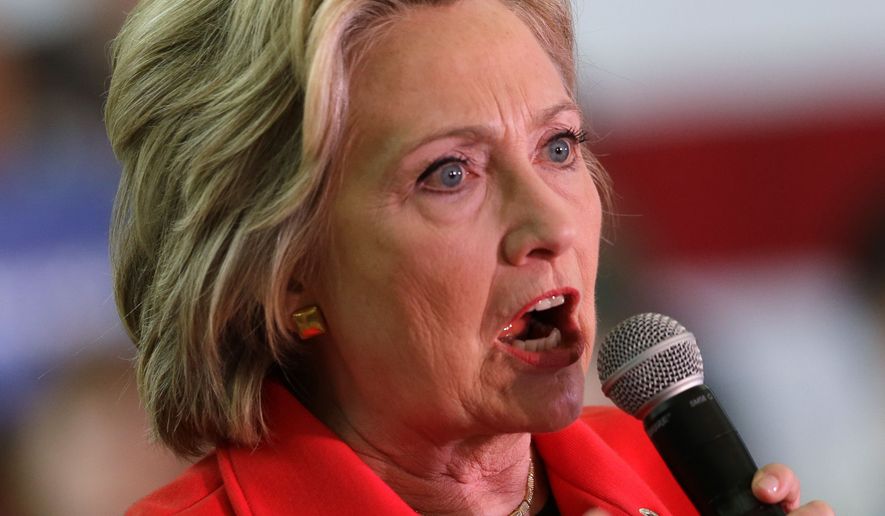 Hillary Clinton released an excerpt from her new book on MSNBC Wednesday, where the failed democratic nominee viciously attacked “creepy” Donald Trump; adding that her republican opponent made her “skin crawl” during the Presidential debates.

The excerpt from ‘What Happened’ revealed the former Secretary of State’s inner-most thoughts during the televised town hall formatted debate, saying then-candidate Trump was “literally breathing down my neck.”

“This is not ok, I thought. It was the second presidential debate and Donald Trump was looming behind me,” said Clinton. “No matter where I walked he followed me closely, staring at me, making faces. It was incredibly uncomfortable. He was literally breathing down my neck. My skin crawled,” she writes.

Clinton adds that she then faced two choices: ignore her opponent and continue the debate or turn around and tell him to “get away.”

“Do you stay calm, keep smiling, and carry on as if he weren’t repeatedly invading your space? Or do you turn, look him in the eye, and say loudly and clearly, ‘Back up you creep, get away from me.’” asked Hillary.

“I kept my cool, aided by a lifetime of dealing with difficult men trying to throw me off,” she added. “I did, however, grip the microphone extra hard.”