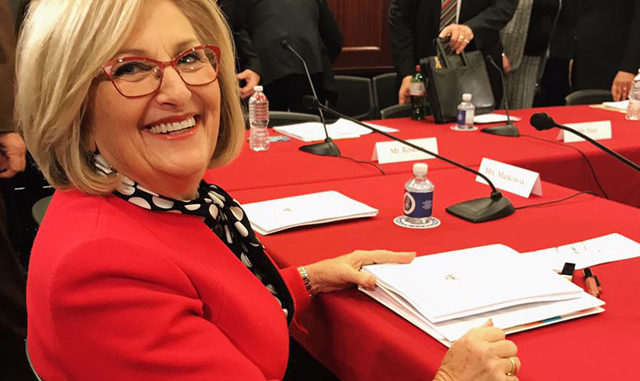 One of the most powerful women on Capitol Hill announced today that she will step down as the chairman of the House Budget Committee as she ramps up her campaign to become the next governor of Tennessee.

“It has been an honor to serve as Chairman of the House Budget Committee, working alongside members this year to recommend responsible and balanced policies for building a better America,” said Rep. Diane L. Black, who in 2011 succeeded Rep. Barton J. Gordon, a conservative Democrat, who did not seek re-election after his votes for the 2010 Patient Protection and Affordable Care Act and bailouts for the auto industry stirred up his district against him.

“I am very proud of the hard work of our members and all we accomplished, especially offering real reforms for mandatory programs and unlocking pro-growth tax reform,” Black said.

OPINION: Rep. Diane Black: I'm stepping down as chairman of the House Budget Committee after a successful year with Trump https://t.co/o31IBSVK7g

“As we enter a new era under a brand new tax law and as members begin crafting a budget for fiscal year 2019, I am confident the focus will remain on addressing unsustainable mandatory programs,” she said. “Without question, it is critical that lawmakers take real action to reverse the trajectory of our nation’s growing debt. While it requires tough decisions in the short-term, the result in the long-term will secure a bright and prosperous future for generations to come.”

Black said she will remain in Congress to finish her term.