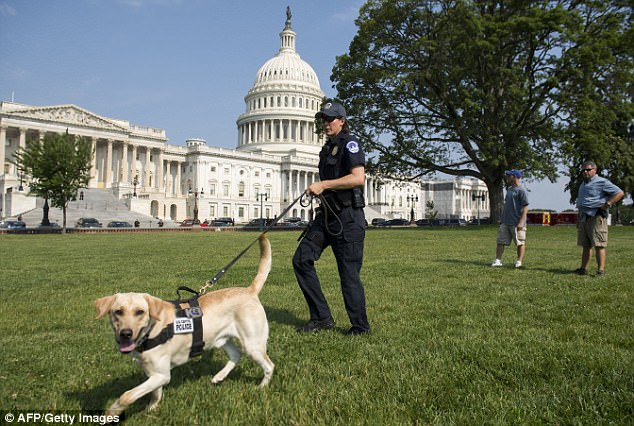 WASHINGTON — U.S. Capitol Police have investigated more threats to members of Congress in the first six months of the year than in all of 2016, says the chief law enforcement official for the House, as Majority Whip Steve Scalise remains hospitalized after a gunman opened fire at a baseball practice nearly a month ago.

The numbers were revealed in a memo Monday on the Federal Election Commission website as lawmakers seek the panel’s guidance on using campaign funds to improve security at their residences. House Sergeant at Arms Paul Irving provided the numbers to the FEC, saying they constitute a “new daily threat environment faced by members of Congress.”

“The increased use of social media has created a new avenue for individuals with ill intent to publish threatening communications directed toward members of the House of Representatives,” Irving wrote to FEC Chairman Steven T. Walther. “The anonymous nature of these postings makes it particularly challenging for the United States Capitol Police, and it is imperative that we do everything possible to protect our elected representatives.” In a politically polarized atmosphere, lawmakers have spoken about an increasing number of threats of physical violence or death. Several discussed it freely after the shooting last month grievously wounded Scalise. The Louisiana Republican remains in serious condition in the intensive care unit of a Washington hospital after several surgeries, including one for an infection.

Scalise and four other people were injured June 14 when a gunman opened fire on a Republican baseball practice in nearby Alexandria, Virginia. U.S. Capitol Police and other officers returned fire and killed the gunman. The rifle-wielding attacker had nursed grievances against President Donald Trump and the GOP.

The 51-year-old congressman was struck in the hip and the bullet tore into blood vessels, bones and internal organs. Irving mentioned the shooting, saying “this vitriol has culminated in the tragic events of June 14, 2017.”

The FEC is weighing Irving’s request for guidance as to whether lawmakers can use campaign funds to pay for residential security systems. The commission will take the issue up at a meeting Thursday. In preparation, staff prepared two draft advisory opinions — one agreeing to Irving’s request and the other concluding that such spending absent a specific threat to a lawmaker is not allowed.

In years past, the FEC has allowed use of campaign funds for residential security systems on a limited, case-by-case basis. In those three instances, the Capitol Police had recommended the security upgrades. The FEC concluded that the threats wouldn’t have happened had the lawmakers not been federal office holders or candidates.