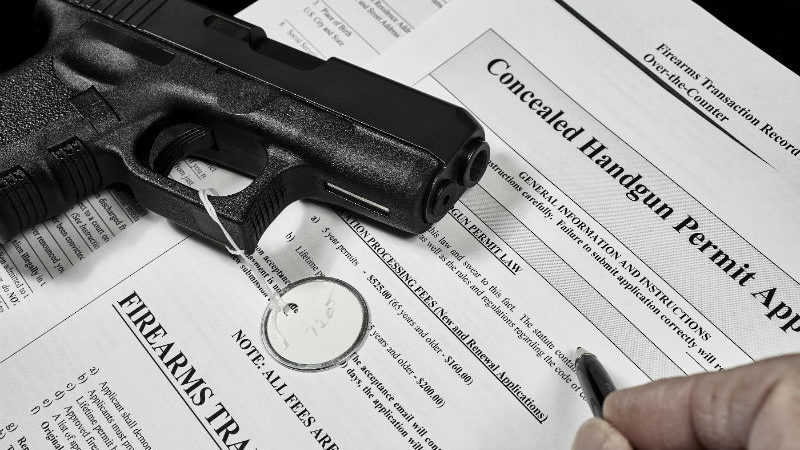 WASHINGTON — The House passed a bill Wednesday that allows concealed carry permit holders in different states to legally carry their firearms in other states.

The bill, called the Concealed Carry Reciprocity Act, is combined with legislation that would tighten background checks that are reported from federal agencies. It passed 231-198.

“An overwhelming majority of Americans support concealed carry reciprocity. Momentum, common sense, and the facts are on our side,” North Carolina Republican Rep. Richard Hudson said of his bill prior the vote in a statement.

The bill faces tougher odds of passing in the Senate, where it will require 60 votes to get through a procedural debate motion before a final simple majority vote.

Ranking member of the House Judiciary Committee Jerry Nadler said in a statement, “The obvious solution to the varying state laws is to continue to do what is currently done by many states, which is to choose which other state permits they will recognize. Some states, including my state of New York, have chosen not to recognize permits issued by any other state. Most states, however, have chosen to recognize permits from at least some other states — basing the choice on the strength of the standards employed by the other states. We should not disregard these determinations, which is what this bill would do.”

Senate Majority Whip John Cornyn has authored the Senate version and has previously told reporters he did not feel comfortable with combining the Fix NIC’s background check legislation with the concealed carry bill, saying it could torpedo the background check bill altogether.

When asked by The Daily Caller about Cornyn’s concerns, Hudson replied, “I don’t know what Senator Cornyn strategy is going to be for when he brings it forward. But I do I feel like we’ve got the best chance we’ve ever had to see this into law. If you look at Sen. Cornyn had an amendment in 2013 for constitutional carry and got seven Democrat yes votes that are still in the Senate.”

He continued, “And so it’s just the mere math. We’ve got to hold the Republicans and get eight more Democrats. And so you know the numbers are already pretty close starting out. So, you know, I feel good about it. Sen. Cornyn has long been a champion of Second Amendment, and I’m glad to be partnering with him in this endeavor.”

Democrats up for re-election in 2018 in states where Donald Trump won and where the Second Amendment remains popular face a tough decision on this vote.

One of those members is North Dakota Democratic Sen. Heidi Heitkamp. TheDC asked Heitkamp about her thoughts on the matter after President Trump spoke to the National Rifle Association back in March and she replied, “I don’t know. I think there are a number of state laws that complicate it.”

More recently, when asked by TheDC if she would support such a law, Heitkamp noted that she voted for concealed carry reciprocity in 2013, but that she has not read the present bill fully to make up her mind yet.

West Virginia Democrat Joe Manchin responded similarly to TheDC back in April saying he would have to “look at [the bill]” before he could decide to support it.

“I’d have to see what it is first,” Montana Democratic Sen. Jon Tester told TheDC back in April.