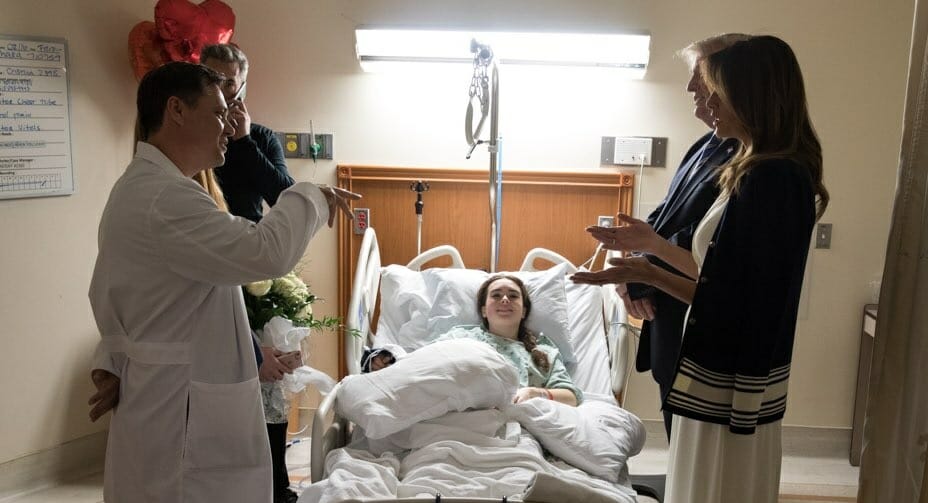 President Trump went on a tweet storm on Thursday morning after meeting with law enforcement and victims of mass shootings this week at the White House.

President Trump called out “Fake News @CNN and @NBC” for misconstruing his suggestions on how to better defend America’s schools and American children from deranged mass shooters.

President Trump wants to allow “adept” teachers to conceal and carry so they can fire back at deranged sickos.
Most Americans would agree with him.

Donald Trump: I never said “give teachers guns” like was stated on Fake News @CNN & @NBC. What I said was to look at the possibility of giving “concealed guns to gun adept teachers with military or special training experience – only the best.