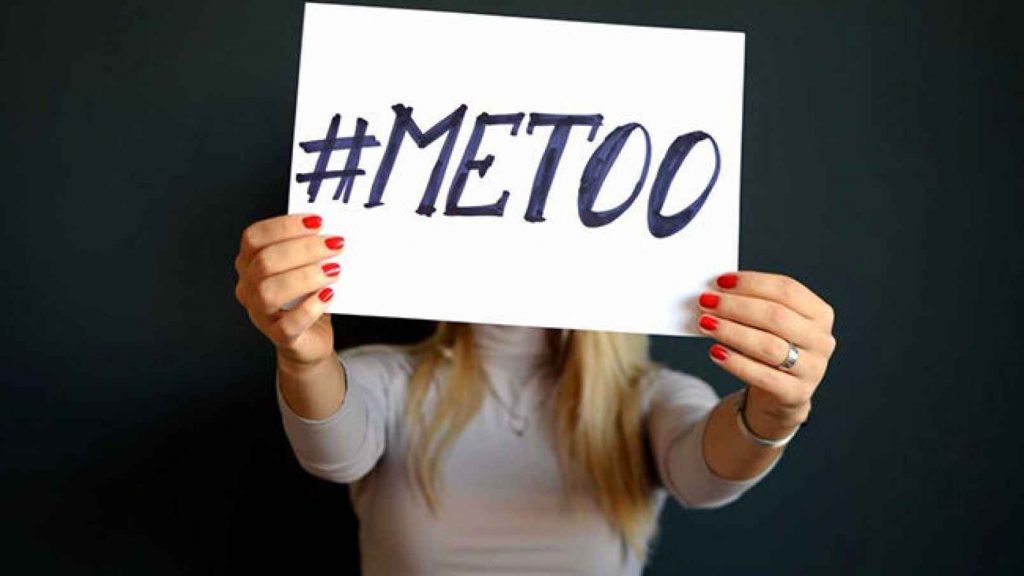 And then #MeToo becomes #NotMeToo.

Other people’s money can be borrowed against. That’s why we have the national debt that we do. But identity politics has multiplied too abruptly and explosively to postpone the reckoning much longer. What were once simple categories of three races and two genders has mutated into an infinite alphabet of sexual identities, a Big Bang of ethnicities, national, cultural, racial and religious, each with its own microaggressions, that easily tops two hundred and shows no signs of slowing down its expansion.

Intersectionality, the Das Kapital of identity politics economics, tries to manage the complex network of interactions even as it purges Jews and white people. And now it’s even starting to purge men.

The left is running out of other people.

#MeToo, #BlackLivesMatter, the campus purges of ‘whiteness’ and ‘toxic masculinity’, the civil wars within the LGBT alphabet soup all point to the ‘other people’ crisis of the left. The latest social justice wave has made men, white people and even white gay men into hate objects. The resentment coalition of identity politics is fracturing into a tribal war of identity microgroups against everyone else.

The economics of socialism and the political economics of identity politics both come down to the core leftist creed of redistributing the wealth and privilege supposedly hoarded by a minority. Seize all the wealth from the rich and fund free health care. Take away white privilege and open up society. Open the borders of the United States to the Third World. Shut down factories and end all pollution. Destroy capitalism, the patriarchy, heteronormativity, whiteness and every other strawman raised up by the left.

That is the engine of the three radical R’s of the left: Resentment, Revolution and Redistribution.

It’s a scam. Like every scam, it relies on using the greed of the mark against him. Con artists are in the easy money business. They promise the men and women they scam that they can have easy money. But it’s only the con artist who ends up easily making money out of the deal. That’s the scam the left pulls.

It’s why leftist politics is the greatest and deadliest scam ever perpetrated in human history.

It was the same story from the Soviet Union to Communist China, from Cuba to Cambodia, from the ghettoes of blue states to the rusting factories of union shops, from the decaying farmlands of Europe to the blighted working class of Britain. The scam ends with mass misery for everyone except the leftist scammers. The revolutionaries get rich and powerful while everyone else loses everything.

But every scam has a choke point. That’s where the bait turns out to be the hook. It’s where the revolution runs out of other people’s money and comes for your life savings. It’s when environmentalism doesn’t mean shutting someone else’s factory, but raising your energy bills, banning your plastic bags and shutting down the business that pays your wages.

It’s when the new horrible racist or sexist of the week isn’t that guy on the news. It’s you.

The choke point is when the revolution you supported runs out of all the other people who supposedly had it coming. And its machinery of smears, thievery and murder (for the people) reaches you.

The great scam of the left is convincing the majority that the solution to their problems lies with a small minority. Get rid of the 1 percent and the 99 percent will live like kings. Get rid of a few southern racists and we can all be brothers. Ban X, regulate Y and outlaw Z and we’ll all be better off for it.

Identity politics is approaching its own choke point. It’s running out of other people.

The theme of intersectionality is that everyone is privileged and everyone is oppressed. The choke point of identity politics is being hidden behind complex formulas that openly stigmatize all white people and all men, but that’s the bait that actually and ultimately lines up everyone for privilege redistribution.

The war on ‘whiteness’, a racist academic construct, is the identity politics equivalent of the denunciations of the middle class. The ‘white privilege’ slogan makes it clear that the left isn’t just coming for a small indefensible minority (which is where the left always starts its lynch mob), but for a narrow and envied majority. White people in identity politics, like the middle class in economics, are the choke point where the seductive 1 percent lie gives way to the lesser lie that splits society apart.

Intersectionality is the identity politics equivalent of Bolshevism. Inside its rhetoric and formulas is the final and fatal truth that it isn’t merely a narrow minority that must be dispossessed, but everyone. It’s not only a small minority or even a majority that is guilty. Everyone is oppressive. Everyone is guilty.

Universal guilt is the jagged hook waiting at the end of the shiny lure. The left educates its marks into resenting easy targets and then expands that resentment into circles that eventually encompass our entire society. No race, class or gender is truly exempt. Eventually the purges even reach the acolytes of the left. Just ask the old Bolsheviks of the USSR or the leftist media heads rolling under #MeToo.

It’s the final stop of leftist politics where all its rotten ideas sink into the muck. Everyone is guilty of polluting the environment. And everyone must pay the carbon tax. Everyone has privilege and must check their privilege. Everyone has too much money. Even if they hardly have anything at all.

The left is not in the business of partial revolutions. That too is part of the scam. Its revolutions are total. And totally fatal. The revolutions begin with the 1 percent, but they are meant to end with 100 percent.

And that’s everyone. Everyone is enviable to at least one other person. And that’s enough.

Intersectionality’s mantra of universal privilege and guilt is in the toxic DNA of leftist politics. Everyone is guilty. Everyone must pay. No race, gender or class provides any ultimate immunity from the reckoning. With so many identities, the next purge can come from anywhere. Even as the left rages against Trump, its own civil war is underway. Sandernistas are battling Clintonistas. Every group is asserting its own oppression. Leftists are readying a final purge of pro-life Dems. Campus culture denounces whiteness. Everyone is waiting for the next social justice hashtag to sweep through with its wave of political terror.

The revolution is here. And leftists are running out of other people to feed to the guillotine.