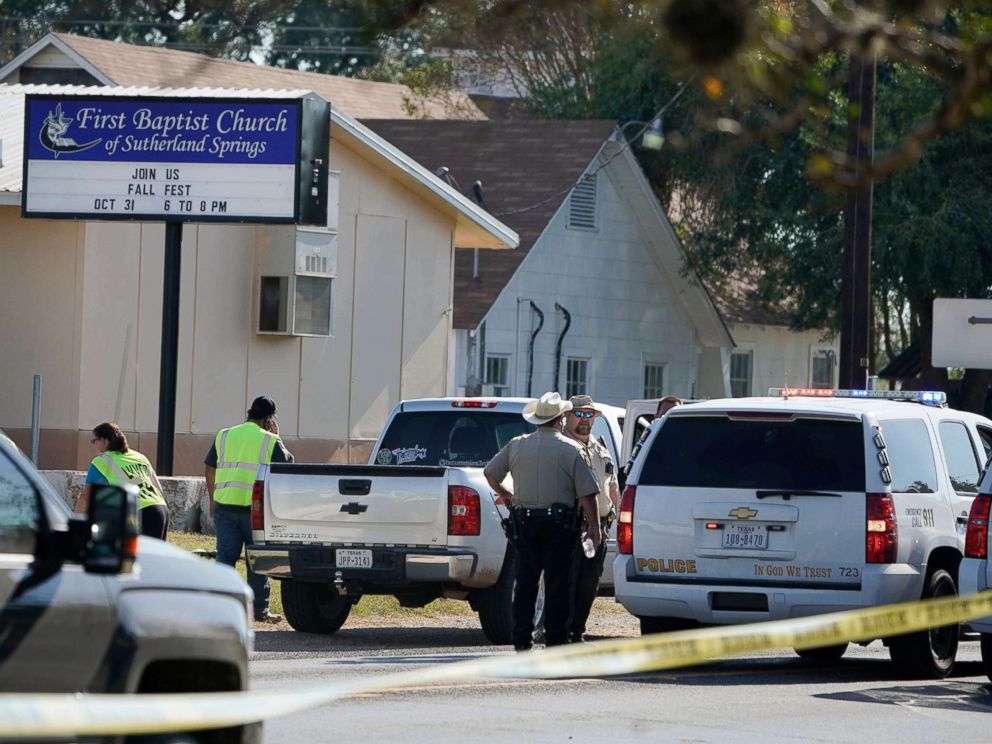 Two bystanders refused to stand by.

Before the Texas church shooter encountered any police officers, he was run off a highway and dead. He had been shot and chased by two private citizens who took it upon themselves to respond to a heinous crime when no one with a badge was anywhere to be found.

The church shooting in Sutherland Springs, Texas, is another heartbreaking chapter in the country’s epidemic of mass shootings. Devin Patrick Kelley shot and killed 26 people and wounded another 20, accounting for nearly everyone in the small church. Dressed in black tactical gear, he killed the pastor’s 14-year-old daughter and eight members of one family, including a pregnant mom and three of her children. The senseless cruelty is hard to fathom.

The response by the two bystanders who refused to stand by is something else entirely. It was a characteristically small-town American act of self-reliance that shows, no matter how tattered our civil society may be, it still produces people who will risk life and limb for others without hesitation, unbidden by anything other than their own sense of obligation.

When Stephen Willeford, 55, heard of the shooting, he left his house barefoot with his AR-15 and started exchanging fire with Kelley outside the church. An expert shot, Willeford hit Kelley and reportedly aimed for the gaps on his body armor. When Kelley got in an SUV and sped off, Willeford jumped in Johnnie Langendorff’s truck and told him to give chase.

Langendorff, 27, didn’t ask any questions. He followed Kelley at 95 mph down the highway, until the perpetrator ran off the road. Willeford jumped out of the truck and rested his rifle on top of Langendorff’s hood and shouted for Kelley to “get out.” The murderer apparently took his own life with a gunshot.

Willeford and Langendorff would have been justified in considering their work done when the shooter left the scene of his massacre. They would have been justified in considering it done when he crashed his vehicle. They instead were prepared for another gunfight in the cause of incapacitating him themselves. This showed an extraordinarily well-developed “sheepdog” instinct, to use the term from American Sniper, the movie about legendary Navy SEAL Chris Kyle, also a Texan.

In his interviews, Langendorff, with a scraggly beard and a tattoo of a bull skull on his neck, invariably wears a cowboy hat. He is polite and matter-of-fact (“he said ‘chase him’ and so that’s what I did — I just chased him”), implying that anyone would have done it.

This isn’t true, although it is almost certainly more true in America’s out-of-the-way places. Self-help is imperative in these areas because the alternative is no help, at least not on a timely basis. Small towns might not even have a police department, and the police tend to be for after-the-fact investigations rather than real-time responses.

This gets to one of the root causes of America’s gun culture: In swaths of the country, a gun isn’t an optional extra layer of self-protection but a necessary first defense. Rates of gun ownership are highest in remote, sparsely populated states like Alaska, Idaho, West Virginia, and North Dakota. In a poll of Texans a few years ago, nearly half of the people said they or a member of their family owned a gun.

Any gun-control measure that is sweeping enough to make a dent in the country’s gun stock and render gun ownership difficult enough to, at the margins, keep firearms out of the hands of psychopaths will inevitably affect law-abiding people as well. In places like rural Texas that would rightly be considered a serious imposition. Without a gun, if something goes wrong, the only option is sitting and waiting for the authorities to show up.

And the likes of Stephen Willeford and Johnnie Langendorff, obviously, aren’t the waiting kind.