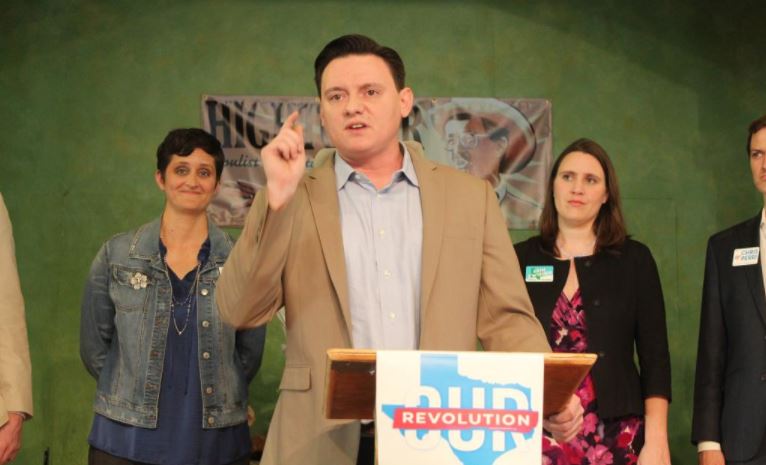 Several hundred communists and socialists will run for public office on the Democratic Party ticket this year. One of them is San Antonio activist Rick Trevino, who is vying for a seat in the U.S. House of Representatives, from Texas’ 23rd Congressional District.

In 2017, he ran a strong, but unsuccessful race for San Antonio City Council from District 6.

A U.S. history and geography teacher at Sam Houston High School since 2012, Trevino has “promoted a three-pronged platform to seek to raise salaries in the district to a ‘living wage’, empower neighborhoods and improve ethics at City Hall.”

Very proud to have earned the endorsement of @OurRevolutionTX
I will continue to fight For Medicare for All, getting big money out of our political system, and providing the Latino community with authentic representation! #TX23 pic.twitter.com/ph8OV8LJ6J

Rick Trevino was a National Delegate for Bernie Sanders, representing Texas Senate District 26. Trevino is currently the Secretary of the Bexar County Democratic Party. He hosted the first house party in San Antonio in June 2015, founded San Antonio For Sanders in April 2015 and co-founded Laredo For Sanders shortly thereafter.

His work in San Antonio provided the Sanders Campaign with a strong infrastructure of volunteers and political support.

Despite running as a Democrat, Rick Trevino is a member of this country’s largest Marxist organization,  Democratic Socialists of America (DSA) – a fact not revealed on his campaign literature. The Texas branch of Our Revolution, a DSA-Front organization, has endorsed Rick along with the Austin branch of the DSA.

Rick Trevino has also been endorsed by Brand New Congress and Justice Democrats, two hard-left organizations heavily associated with the DSA mobilizing for the 2018 elections.