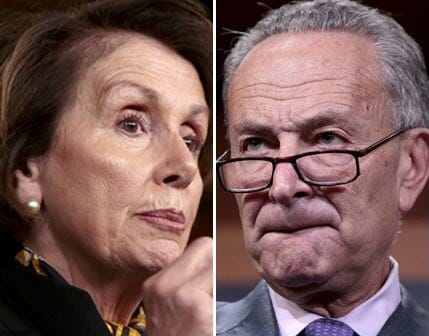 Democratic Senate Minority Leader Chuck Schumer has reached a two-year budget deal with Republican leader Mitch McConnell that does not address the issue of DACA, or Deferred Action for Childhood Arrivals, recipients.

President Trump ended DACA, thus making its beneficiaries eligible for deportation, but Democrats are scrambling to save it before next month. Trump laid out a plan for keeping DACA, listing what it would take for him to do so — including funding for his border wall. But anti-wall Democrats are unlikely to take that deal.

While Schumer seems to be happy with his budget deal with McConnell, House Minority Leader Nancy Pelosi is unhappy about its lack of a DREAMer portion.

Here is Schumer promoting the deal:

Very pleased to announce alongside @SenateMajLdr that we have reached a two-year budget deal that will benefit our country in so many ways.