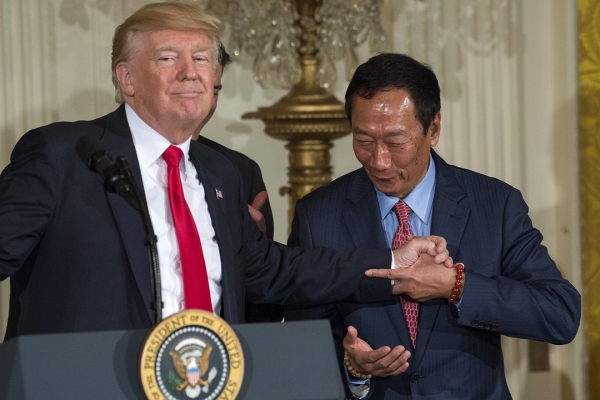 Apple iPhone supplier Foxconn has announced that it is planning a second manufacturing plant, this one in Michigan. After Foxconn announced a new plant in Wisconsin just last month, these newest jobs are coming to the second state that was key to President Trump’s election in 2016.

Like the Wisconsin facility, no final location for the new Michigan plant has been decided.

The Michigan announcement is the second such expansion announced in a state that was crucial to Donald Trump’s 2016 election to the White House.

At the end of July, President Trump announced that the iPhone supplier was to build a manufacturing plant in the Badger State at a site yet to be determined.

Foxconn is the world’s largest contract electronics maker and manufactures various parts for Apple’s iPhone as well as other makers’ brands. It operates vast factories in China but has never had a large presence in the United States.