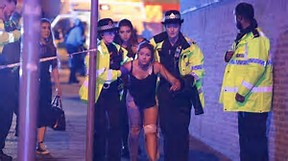 The event of a lifetime for some turned into a nightmare when an explosion stunned the exiting crowd at the Ariana Grande concert last night. There are at least 19 dead and over 120 injured from an IED explosion at the exit of the Manchester Arena. One of the first to be announced dead was 8-year-old Saffie Roussos. At least eight hospitals have stopped accepting any patients that were not injured from the explosion.

A homeless man had stepped in to help and struggled to put the attack in words when asked about it. He had to pull nails out of children’s faces’ and arms. He had found a woman that had been severely injured and had passed away in his arms as he held her during her last breath. It wasn’t a question to him if he was going to help. 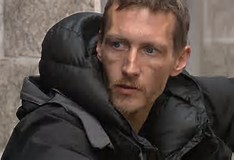 This attack has been claimed by ISIS and was acted out by one of their members. The 22-year-old that blew himself up has been identified as Salman Abedi. He was known to have ties with ISIS but it is not clear if he was on a watch list. His connection with ISIS did not come as a surprise since he had recently been traveling to the middle east.

Though ISIS did claim the attack, they had only made a generic statement online and was not accurate with all their facts of the attack. The attacks did insight the comment that ISIS would attack again “by Allah’s permission.” their comment seem to point towards plans of similar attacks.

Interviews of others that attended the concert brought up the concern of a lack of security when entering the arena. Many said that they had not been personally checked or had their bags check by security. This alleged lack of security is something that we have not seen in the United States since before 9/11 and now we can only expect another increase in security measures.

Since we do know that the attacker did have ties with ISIS and reports indicate that hundreds of other ISIS members have gotten into the UK. What does this mean for the UK? Should the U.S. step up security measures even though Homeland Security has said there is no reason to expect a similar attack?