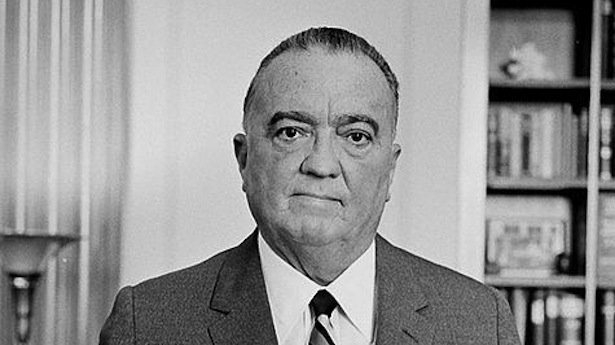 “There is nothing further on the Oswald case except that he is dead.”

FBI Director J. Edgar Hoover dictated that line in a memo he issued on Nov. 24, 1963, the day Jack Ruby killed Lee Harvey Oswald as the gunman was being transported to the Dallas County Jail after the assassination of President John F. Kennedy.

The memo is one of at least 52 records never previously made public that were included in the release Thursday of about 2,800 unredacted government documents related to Kennedy’s murder in Dallas two days earlier. President Donald Trump approved withholding an undisclosed number of other documents pending a 180-day national security review.

Scholars and other experts have repeatedly said it’s unlikely that there’s anything groundbreaking in the documents. But as journalists and historians pored through the enormous database of material Thursday night and Friday morning, some interesting nuggets were turning up, among them Hoover’s Nov. 24 memo.

Hoover appeared to be particularly concerned that the public would have to be compelled to believe that Oswald was a lone actor — not part of a larger conspiracy.

In the 1964 Warren Report on Kennedy’s assassination, Hoover was firm in stating that he hadn’t seen “any scintilla of evidence” suggesting a conspiracy — a sentiment he expressed in other public forums, as well, but not in words as blunt as those he used the day Oswald was killed.

Referring to Nicholas Katzenbach, the deputy attorney general at the time, Hoover dictated: “The thing I am concerned about, and so is Mr. Katzenbach, is having something issued so we can convince the public that Oswald is the real assassin.”

It’s not clear from the memo whether Hoover thought there might have been a conspiracy but didn’t want it to be known or whether he sincerely believed Oswald acted alone and hoped to head off public fear and confusion.

Hoover also indicated that his concern may have been influenced, in part, by diplomacy, dictating that there could be serious international complications if the public thought Oswald might have been part of a larger plot.

Katzenbach is known from previously released documents to have shared Hoover’s concern, writing in a memo the next day, on Nov. 25, 1963, that “the public must be satisfied that Oswald was the assassin; that he did not have confederates who are still at large; and that evidence was such that he would have been convicted at trial.”

In the memo, Hoover excoriated the Dallas Police Department for not having prevented Oswald’s killing by Ruby, a Dallas nightclub owner. The FBI had warned the police that Oswald’s life was in danger, but nothing was done, he complained.

“Oswald having been killed today after our warnings to the Dallas Police Department was inexcusable,” Hoover dictated. “It will allow, I am afraid, a lot of civil rights people to raise a lot of hell because he was handcuffed and had no weapon. There are bound to be some elements of our society who will holler their heads off that his civil rights were violated — which they were.”

Hoover argued against appointing an independent commission to review the evidence, contending that the matter should be left to the Justice Department, the FBI’s parent agency. Lyndon Johnson, the new president, announced the creation of the Warren Commission a few days later.

Other intriguing tidbits from the JFK document drop so far:

A Nov. 26, 1963 memo to the FBI from CIA counter intelligence chief James Angleton said that the senior reporter for the Cambridge News in England told British security officials that 25 minutes before Kennedy was shot an anonymous tipster telephoned and urged the reporter to “call the American Embassy in London for some big news and hung up.”