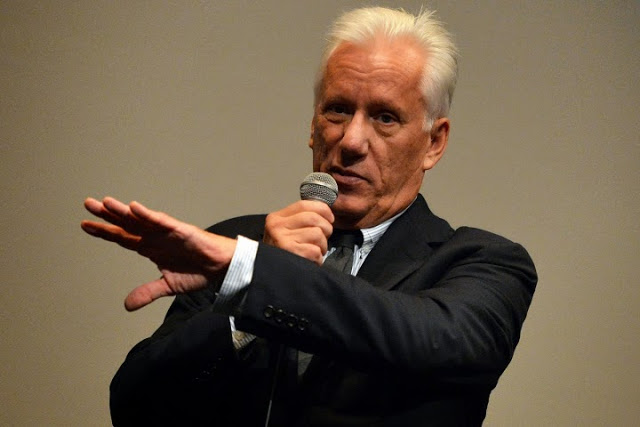 James Woods is a well-known veteran Hollywood actor who, prior to 2013, was frequently seen on the big and small screen. Things changed in 2013 when Woods became an outspoken critic of then President Obama, which is a big “no-no” in Hollywood.  Why? Because being a conservative in Hollywood can cost you jobs, it’s like modern-day McCarthyism and career death sentence.

On his blacklisted Hollywood status, Woods tweeted on August 21: “The only reason I express my views is that I have accepted the fact that I’m blacklisted. Also I bought Apple stock in the 80’s…”

In 2013, Woods famously tweeted a response to a fan who asked him if he were concerned that his conservative views would cost him work. He practically predicted his future: “I don’t expect to work again. I think Barack Obama is a threat to the integrity and future of the Republic. My country first…”

Since then, Woods believes he’s a victim of his conservative political views and has accepted the fact that he has been blacklisted in Hollywood. Woods tweeted that he wasn’t always a conservative social warrior, in fact, he was a Democrat until Bill Clinton was impeached and every Democrat “stood behind a convicted perjurer.”

That was the end of Woods’ stint as a Democrat and he’s been an outspoken critic of Obama, and a supporter of President Trump ever since.

Woods isn’t the only one who has been affected by his political views.  He also tweeted: “While #Liberals scream about the 50’s blacklist, my #Repub actor friends are terrified of losing their ability to provide for their families.”

It’s a shame Woods isn’t acting as much, but he seems to have found an even better role today – a modern day patriot.