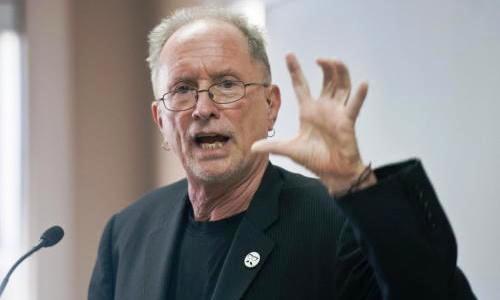 The Trump administration ordered the release of thousands of files on the JFK assassination on Thursday, which contain many startling revelations, including the fact that multiple high-level government agencies monitored former President Barack Obama’s friend — domestic terrorist Bill Ayers.

Newly released files show that the CIA and FBI kept an eye on Ayers, who was a member of leftist groups and a domestic terrorist organization, CBS News reported.

An FBI document from the bureau’s director sent to the President, Vice President, Secretary of State, Secret Service, CIA, Air Force, Army, and the Attorney General said the following about Ayers:

WILLIAM AYERS, A STUDENTS FOR A DEMOCRATIC SOCIETY (SDS) LEADER, SPOKE AT AMERICAN UNIVERSITY, WASHINGTON D.C., ON SEPTEMBER TWENTY FOUR LAST. AYERS WAS PRECEDED BY A MEMBER OF THE SOUTHERN CHRISTIAN LEADERSHIP CONFERENCE (SCLC) WHO STATED THAT NONVIOLENCE WAS THE MEANS TO OVERCOME ILLS IN THE UNITED STATES AND WHO DERIDED SDS FOR ITS APPROACH TO THE PROBLEM. AYERS STATE THAT THE UNITED STATES “IMPERIALST” ARMY CANNOT WIN AGAINST THE “PEOPLE’S ARMY” AND THAT “IMPERIALISM” WILL BE DESTROYED AND THAT ALL PEOPLKE SHOULD PARTICAIPATE IN ITS DESTRUCTION. HE SAID THAT SDS WILL EVENTUALLY BE ENGAGED IN ARMED CONFLICT AGAINST THE UNITED STATES. HIS SPEECH ENDED ABRUPTLY DUE TO HECKLING AND RIDICULE FROM THE AUDIENCE, INCLUDING THE SCLC SPEAKER.

Connections between Obama and Ayers vary depending on the news source, but typically range from sporadic contact to a significant political and professional relationship between the two — either way there is without a question some level of connection between the two men.

Now he has written a book, ”Fugitive Days” (Beacon Press, September). Mr. Ayers, who is 56, calls it a memoir, somewhat coyly perhaps, since he also says some of it is fiction. He writes that he participated in the bombings of New York City Police Headquarters in 1970, of the Capitol building in 1971, the Pentagon in 1972. But Mr. Ayers also seems to want to have it both ways, taking responsibility for daring acts in his youth, then deflecting it.